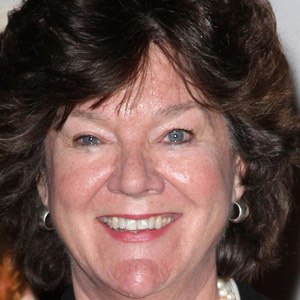 "The business has changed a lot and there was a lot of foul language". "It was not what I wanted to do. I had lived like an adult since I was 9, and it was important for me to find out who I was." (On why she retired from acting at 15)

This story (To Kill a Mockingbird) has so much to say but the lessons haven't been learned yet". "If you think racism and bigotry don't exist, look around. Racism is a learned thing and we need to be diligent about teaching our children the right thing.

"As we all do, we look back on things and see our parents in a new light. We see their flaws, sometimes understand their flaws, and still love them."

Mary Badham is a married woman. She has been married to Richard W. Wilt since 1975. Richard is a dean of the Library and Educational Support Services at Lehigh Carbon Community College. The couple has welcomed two children.

She is now currently living near Richmond, Virginia and she is busy raising her two children (Anna, Anthony) and working.

She seems to be enjoying her life with her family and there is no sign of divorce between the couple as well.

Who is Mary Badham?

Mary Badham is an American actress. She is popular for her role as Jean Louise ‘Scout’ Finch in ‘To Kill a Mockingbird’ in 1963.

For this, she was nominated for an Academy Award in the category Best Supporting Actress.

She was born in Birmingham, Alabama, the USA on Oct 7, 1952. Her older brother is John Badham (director). She is the daughter of Mary Iola Hewitt and Henry Lee Badham Jr.

Her mother is an English born who had been an actress before her marriage and her father was a retired army officer who, by the time of her birth, had become president of Bessemer Steel Co.

Mary is of American citizenship but her ethnicity is unknown.

Talking about Mary’s education history, she has not mentioned her institution’s name. However, it is under review.

Mary Badham began her career from the role of Jean Louise ‘Scout’ Finch in ‘To Kill a Mockingbird’ in 1962. After a year, she appeared as Elliot Silverstein in ‘Dr. Kildare’. She became close to actor Gregory Peck during the filming and kept in touch with him.

She played the role of Sport Sharewood in ‘The Bewitchin’ Pool’ which is the final episode of the original ‘Twilight Zone’ series.

Although she has retired from acting, she recently agreed to do movies on a very limited basis, depending upon whether she likes the script or not.

Also, she recently works as an art restorer and a college testing coordinator.

There was a rumor that she was in a relationship with Mick Jagger but neither of them has confirmed the rumor.

To know more about Jane Adams, Kim Delaney, and Joyce DeWitt, please click on the link.