Mary Beth Evans is an American television actress who is known for the NBC daytime soap Days of Our Lives. She is married to a doctor Michael Schwartz and has three children.

Mary Beth Evans is a married woman. She has been married to Dr. Michael Schwartz since November 3, 1985. The couple tied their knot after dating for a year. She described her husband as a funny guy, handsome, and having a real sense of purpose.

The couple has welcomed three children: Danny in 1987, Katie in 1990, and Matthew in 1993. The family is currently residing in Southern California.

Previously, she dated actor Stephen Nichols. Other information regarding their relationship and the reason behind their breakup is unknown. 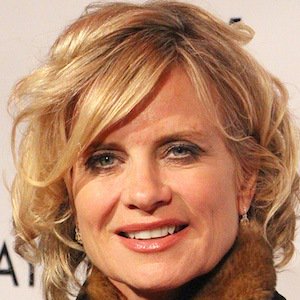 Who is Mary Beth Evans?

Mary Beth Evans is an American actress, entrepreneur, blogger, and producer who is best known for her role as Kayla Brady on the NBC daytime soap ‘Days of Our Lives.

She is also well recognized for her role as Sierra Estaban on the CBS daytime soap ‘As the World Turns’.

She was born on March 7, 1961, in Pasadena, California, USA. She is currently 61 years old. Her parents are Kayla (mother) and her father’s name is unknown. Mary has got one older brother and two older sisters.

She worked in a fast-food restaurant at the age of 14 and had her older sister drive her to the acting classes. Mary was also voted Best Actress by her 4th-grade Classmate in Orange Country, California.

She attended Huntington Beach School and graduated from there. After graduation, she spent five months in Europe before joining the prestigious South Coast Repertory Conservatory.

Mary Beth debuted her film career from the film ‘Toy Soldiers’ in 1984 in which she portrayed the character, Buffy. And, she started her television career in 1982 from the series ‘Madame’s Place’ in which she played the role of Sister Barbara. After that, she appeared as Josephine in the series ‘Father Murphy’ in 1982, Ellie Thompkins in ‘Riptide’ in 1984, Nancy Marsden in ‘Knight Rider’, etc.

She played the villainous Katherine Bell on the series ‘General Hospital’ until October 1999 and played on ‘As the World Turns’ in New York from December 2000 to late 2005.

In addition, she starred and produced the soap opera web series ‘The Bay’. She portrayed the character Sara Garett in the series from 2010 to 2016. She recently portrayed the recurring role of Karen in ‘This Just In’ from 2016 to 2017.

Mary volunteered Court Appointed Special Advocate for children in foster care in 2013. She blogged on HybridMom.com for several years and launched her own lifestyle blog, Plank, in January 2015.

The actress is of genuine spirit and vibrant energy and remains popular among legions of a longtime fan. She attracts her new fan from every demographic with her compelling ‘can do it all’ approach.

Mary Beth Evans has an estimated net worth of $10 million as of 2022 and she has earned that sum of money from her professional career.

She was about to sign on contract for ‘One Life to Live’ in 2005 for the role of Dr. Paige Miller but she stepped back out at the last moment. Later, the role was filled with Kimberlin Brown.

Mary Beth Evans has a height of 5 ft. 4 inches with blue eyes and blonde hair. She has not provided information about her weight, body measurement, etc.

To know more about Maddie Corman, Mary Crosby, and Jayne Brook, please click on the link.