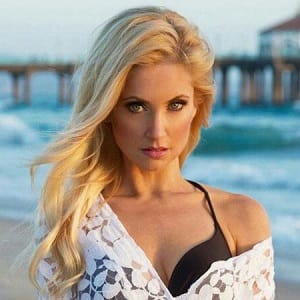 What is the relationship of Mary Beth McDade?

Mary Beth McDade has kept most of the information about her personal life away from the spotlight. There are no records available about her past relationships. At present, she is believed to be single.

Who is Mary Beth McDade?

Mary Beth McDade is an American anchor and reporter. Currently, she works for KTLA and she previously served as a reporter and fill-in anchor at KCBS-TV/KCAL-TV. Additionally, she has appeared in ‘American Horror Story’ and ‘Rails & Ties’.

McDade was born in the United States. There are no details available about her early life and childhood at present. She is of American nationality. Furthermore, there is no detailed information relating to her ethnic background.

Talking about her education, McDade attended Manhattan College and graduated with a Bachelor of Arts degree.

McDade currently works for KTLA as a reporter and anchor. Previously, she has also worked at KCBS-TV/KCAL-TV as a fill-in anchor and reporter. Additionally, she has covered several important events to date including the passing of Anna Nicole Smith and the earthquake that rocked Hawaii in 2006.

Furthermore, McDade has interviewed the murderer of the Newport Beach couple, Skylar Deleon. As a host, she has appeared in ‘Ad Issue’ and ‘Reporter Roundtable’. Mary has also appeared in ‘American Horror Story’, ‘The Howling: Reborn’, and ‘Rails & Ties’. In addition, she voiced the Newscaster Andrea Robbins in the video game, ‘Call of Duty: Black Ops II’.

McDade has not revealed her current salary. Additionally, there are no details available regarding her net worth.

McDade became part of a controversy after she was attacked by a man during a live television broadcast. This happened when she was covering a story of fans mourning the tragic death of David Bowie. At present, there are no rumors concerning McDade and her career.

Talking about her body measurement, there are no details available about McDade’s height and weight. Her hair color is blonde and her eye color is hazel.