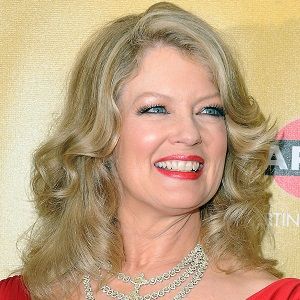 As journalists, we keep pushing and pushing

At these award shows, I love to see what people are going to wear

I am actually wearing slacks on the show more than I ever have - it is now acceptable, and I like mixing it up.

Mary Hart is happily married to Burt Sugarman since April 8, 1989. Burt is an American television producer.

Together they have a son,  Alec Jay Sugarman. Alec works as a legislative assistant.

Prior to her current relationship, Mary was married to Terry Hart from 1972 to 1979.

Who is Mary Hart?

She is also a television personality, talk show host and singer. She is renowned as the host of the entertainment magazine show, Entertainment Tonight.

Mary Hart was born Mary Johanna Harum to Robert Harum and Dorothy Harum on November 8, 1950, in Madison, South Dakota. Furthermore, she has two brothers, David Harum and Michael Harum. The Harums are of Caucasian ancestry.

Mary was raised in Sioux Fall, South Dakota and later in Denmark and speaks Danish and Swedish fluently.

Prior to the start of Mary’s professional career, she competed in the beauty pageant contests. She was crowned Miss South Dakota 1970. Thereafter she was the finalist in Miss America 1971 pageant.

For two years she worked as a teacher then anchored her own show, she started her fame gaining career.

During her professional career, Mary worked for various television channels including, KSFY-TV, KMTV, and KFOR-TV. The she worked as co-host in Entertainment Tonight.

Mary’s legs are the most talked about her. When she was co-hosting Entertainment Tonight, her legs were very famous over the media as one of the best. Hanes hired her as a model for their pantyhose products in 1987.  And during that time her legs were insured for $1 million each.

Mary is a singer of note. She started her singing career at Golden Nugget Hotel and Casino. However, the New England Journal of Medicine reported that Mary’s voice was triggering seizures in an epileptic woman. Furthermore, her voice can be heard in The Fairly OddParents.

In addition, Mary was also the timekeeper in the match between Hulk Hogan and Andre The Giant.

Mary was honored with Daytime Emmy Lifetime Achievement Award in 2017.

Mary Hart: Salary and Net Worth

Also, read the affair, salary, the net worth, controversy, and the bio of Ingrid Tarrant, Anna Renee Duggar, Jessica Hayes, and Crowley Sullivan.