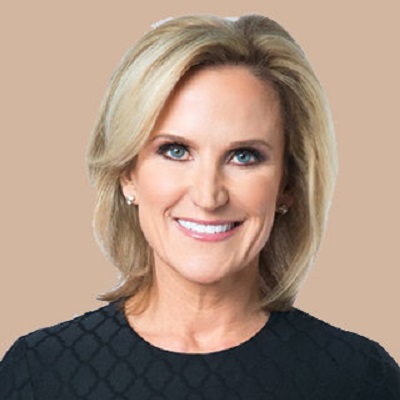 Mary Kay Kleist is a married woman. She is happily married to her husband, Mark. In her social media, she can be seen spending time with her son, Blake, who graduated in 2018, her daughter and husband on numerous photos shared with her fans and followers.

Additionally, she always finds time to enjoy with her family wherever she is whatever she is doing. In addition, she is also a caring mother and loving wife apart from being a successful meteorologist.

Who is Mary Kay Kleist?

Mary Kay Kleist is one of the successful American meteorologist and news anchor who has been working for CBS 2 Chicago as a Certified Broadcast Meteorologist, the highest distinction title, which she got in 2007.

She was born on 3rd October in the USA. Her birth year is unknown, however, looking at her pictures she looks like she is in her 50s. She has not shared much of her childhood life and family background. However, she has shared several photos of her parents on her social media timelines.

Mary holds American citizenship but her ethnicity is unknown.

Soon after her graduation, Mary began her career with WJCL-TV situated in Savannah, Georgio, as the weekend weather anchor and general assignment reporter.

After working at WJCL-TV for two years until 1992, she moved to Tampa, Florida, in 1995 to work for WFLA-TV as a meteorologist.

There she also served as a weather reporter for The Tampa Tribune and as an anchor for WFLA-AM Radio.

Then after she worked for WXYZ-TV in Detroit, Miami, as a meteorologist since 1999, and finally, in 2002, Mary joined CBS 2 Chicago, where she has been working as a reputed meteorologist until now.