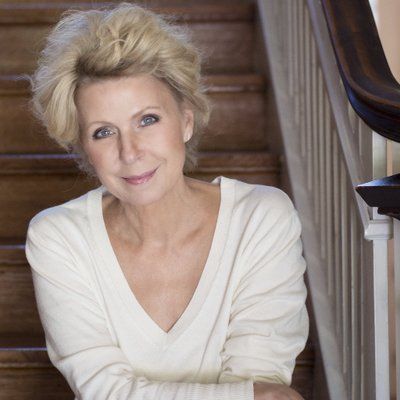 ''I think so. I do think we are going through yet another transformation. If we go through any more, I don’t know what’s going to happen but we’re discussing right now the media’s role in this presidential campaign. I think if we look at it in a really clear-eyed way, to some extent, the rise of a candidate like Donald Trump does have a great deal to do with the corporate media’s emphasis on ratings and eyeballs.'' ''The reason that FOX was begging Trump to come back [for the debate] was not because he’s a brilliant orator, or the country needs his insight on anything. It’s because he gets clicks. He gets eyeballs. He brings ratings. The need to make a profit off of public information and off of news has changed us. It has changed our politics and our discussions about policy, and it has not been good.'' ''I’ve done a whole bunch of different things. Well first of all, I’m still writing. I wrote a second book. I ghost wrote a book, which was incredible fun. I never thought it would be but it was a first-person book , so it was basically like acting class or something. I got to take someone else’s emotions and interpret them. I really enjoyed it much more than I thought I would. I’ve written a lot of articles. I’ve done speeches for people. I’ve done media consultation and I’m writing articles myself and working on a couple of television projects.''

They two met while Mapes was working at CBS affiliate KIRO-TV.

Who is Mary Mapes?

Mary Mapes is well known for breaking the story of the Abu Ghraib torture and prisoner abuse scandal, which won a Peabody Awards and the story of Senator Strom Thurmond’s unacknowledged biracial daughter, Essie Mae Washington.

She was a principal producer for CBS News, primarily the CBS Evening News and Primetime television program 60 Minutes Wednesday.

She has four sisters.

After her graduation, she went to the University of Washington, Seattle, Washington to study communications and political science.

After graduating from UW, she worked at CBS affiliate KIRO-TV in Seattle during the 1980s and began her professional career. In 1989, Mapes went to work for CBS News in Dallas, Texas. She was hired by CBS in 1999 as a producer assigned to Dan Rather and the program 60 Minutes Wednesday.

At 60 Minutes Wednesday, Mapes produced the story that announced the US military’s investigation of the Abu Ghraib Prison scandal which won a Peabody Award in 2005. She collected the photographs which showed the abuses Iraqi prisoners faced at Abu Ghraib.

Mapes was also involved in the story about Strom Thurmond’s unacknowledged biracial daughter named Essie Mae Washington which exposed him.

She covered plenty of stories about the death penalty and natural disaster which made her win several awards.

In 2004, she was fired from CBS after the Rathergate incident.

In 2007 and 2008, she worked as a consultant and writer who wrote columns and articles for news magazine, The Nation.

In May 2019 Mapes wrote a story about Herney Wade’s 1954 conviction of Tommy Lee Walker.

Mapes produced a segment for 60 Minutes Wednesday that criticized President George W. Bush’s military service. The program was hosted by Dan Rather. Killian documents were shown as evidence. However, CBS did not have any original documents, only faxed copies, as originals were claimed to be burnt.

As a result of the controversy over the use of the documents, CBS ordered an independent internal investigation.

The report said that some of Bush’s former instructors or colleagues had told Mapes that Bush told them he wanted to go to Vietnam, but that he could not go because there were others ahead of him with more seniority.

Mapes was criticized for failing to air them in the 60 Minutes report to balance the allegation that Bush had applied for service in the Guard to avoid serving in Vietnam.

She was also faulted for calling Joe Lockhart, a senior official in the John Kerry campaign, prior to the airing of the piece, and offering to put her source, Bill Burkett, in touch with him.

Following the investigation, Mapes, along with others involved, were accused of failure in judgment.

Mapes’s 15-year tenure at CBS ended when she was fired as a result of the scandal along with her three executives.

Mary Mapes as an Author

In 2005, Mapes’ book Truth and Duty: The Press, the President, and the Privilege of Power was published. The book contains details about the Killian Documents Controversy and her involvement in the case.

In 2015, the book was adapted into film entitled Truth, about the Killian Documents Controversy, starring Cate Blanchett as Mapes and Robert Redford as Dan Rather.

Mapes’s net worth is estimated to be $100,000 US. Her most earning came from her journalism career.

You may also know net worth, body measurements and career of Maurielle Lue, Maria Stephanos and Luke Russert.