Mary McCormack is an American actress.

Mary McCormack is a married woman. She is married to director Michael Morris. The pair married on 5 July 2003.

Additionally, they have three children from this marriage, Lillian Morris, Margaret Morris, and Rose Morris. The marriage is going strong as there is no news regarding any extramarital affairs at present. 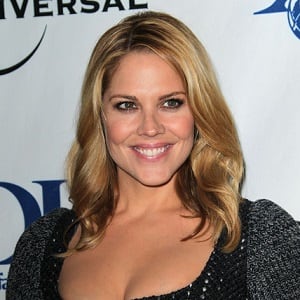 If you're a caretaker, who are you when there's no one else to take care of?

I've done an informal, anecdotal survey about marriage, and I've found no evidence that it brings happiness.

Most women get pregnant and even though it's a challenge physically and uncomfortable, they generally wanted to be pregnant.

Who is Mary McCormack?

Mary McCormack is an American actress. People mostly know her for her leading roles as Justine Appleton in the series ‘Murder One’ and as Kate Harper in ‘The West Wing’.

Additionally, she has also appeared in several other movies including ‘Private Parts’, ‘Deep Impact’, and ‘True Crime’.

McCormack was born as Mary Catherine McCormack in Plainfield, New Jersey on February 8, 1969. She was born to parents Norah and William McCormack.

Her father was a car dealership and an ice cream parlor owner and her mother is a clinical therapist. Additionally, she has a sister Bridget who is a justice of the Michigan Supreme Court.

Her brother William is also an actor. McCormack became interested in the world of acting since her childhood years. She is of American nationality. Furthermore, there is no detailed information available about her ethnicity at present.

Talking about her education, McCormack graduated from the Wardlaw-Hartridge School in 1987. In addition, she received her BA in comparative arts from Trinity College in Hartford in 1991.

Mary McCormack initially began her career in acting at an early age of 12. Next, she appeared in several stage work in musicals. Throughout her early acting career, she worked on several theater productions including The Atlantic Theater Company, Naked Angels, and Alice’s 4th Floor.

Eventually, she landed her first television role as Rickie in the TV series ‘Law & Order’. In 1994, she also appeared in ‘Miracle on 34th Street’, She played Sarah Jackson in 1995’s ‘Backfire!’. Since then, she has appeared in numerous other movies and television series. All in all, she has over 60 credits as an actress.

Some other movies and television series that McCormack has appeared in are ‘Nobodies’, ‘For The People’, ‘Will & Grace’, ‘Falling Water’, ‘Loaded’, ‘Angie Tribeca’, ‘Alien Code’, ‘When We Rise’, ‘Divorce’, ‘A Country Called Home’, ‘House of Lies’, ‘The Newsroom’, ‘Welcome to the Family’, ‘In Plain Sight’, ‘For Your Consideration’, ‘Right at Your Door’, ‘K Street’, ‘Full Frontal’, ‘Madison’, ‘The Big Tease’, and ‘Getting to Know You’ among others. Additionally, she also has 3 credits as a producer.

McCormack has not revealed her current salary. However, she has an estimated net worth of around $5 million at present.

McCormack became part of a controversy in 2013 after the cheating scandal of Michael Morris with Katharine McPhee surfaced over the internet. At present, there are no rumors concerning McCormack and her career.

Talking about her body measurement, Mary McCormack has a height of 5 feet 8 inches (1.73 m). Additionally, she weighs around 61 kg. She has a body measurement of 36-26-37 inches.