Mary Padian hasn’t yet married however, she is presently in a relationship with Dylann as per the various reports.

In 2016, Mary introduced Dylann in an episode of Storage Wars but has not said much regarding their relationship.

Although, Mary prefers to keep her love life private. 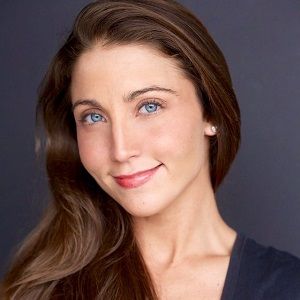 “It’s crazy what people keep and what’s important to them. That’s the most interesting thing to me. Like this one lady had a shelf that she had built and it had all these urns of all her pets, and her ex-husbands.”

“Never second guess yourself and always go with your gut.”

“Having great friends in life is everything.”

Who is Mary Padian?

Mary Padian is an American reality television star and businesswoman.

Currently, she hosts the popular TV show, Storage Wars. Besides this, Mary Padian is also the owner of “Mary’s Finds”, a shop for antique and refurbished furniture.

She is the daughter of John Gerard Padian (Father) and Teresa Ann Padian (Mother). Her father is a businessman who owns a scrap metal recycling plant.

Her father is of Irish descent while her mother has Lebanese ancestry. She is an American by Nationality and holds mixed ethnicity of Irish and Lebanese.

She grew up in Dallas with her brother Luke Padian. Talking about her childhood, there is not much information regarding it.

Concerning her education, she earned a bachelor’s degree in photojournalism from the University of Texas in 2003.

Mary Padian began her career as an intern with D magazine in 2003. Later, she served as an assistant editor at Architectural Digest in New York City. Later, she started to make videos named “Mary’s Finds!”.

Soon after that, she launched a store entitled Mary’s Finds 2010. In 2011, Mary moved to host the famous show “Storage Wars” which has been showing since 2011 on A&E.

In the show, selected professional buyers from the United States bid on various objects. Mary and Prigoff worked together and the items in each unit would go to one of their stores.

She has also featured on Storage Wars Season 5 as a recurring member. So far, Mary has not won any awards and honors in her career. However, she has been doing her job in the best possible way.

Mary Padian: Salary and Net Worth

Mary Padian earns a decent amount of money from her profession. Currently, she has a net worth of $1 million as of 2022.

But she has not revealed information about her salary.

So far, there are not any drastic rumors regarding her personal and professional life. Moreover, she has never faced any controversy to date.

It seems she has more focus on her work rather than being stuck in any controversy.

Mary Padian has a height of 5 ft 1 inch and weighs 49 kg. Furthermore, she has beautiful blue eyes and brown hair.

Her bra size is 32A, waist size is 24 inches, and hip size is 34 inches. Her dress size and shoe size are unknown.

Moreover, Mary has more than 63.5k followers on Twitter.