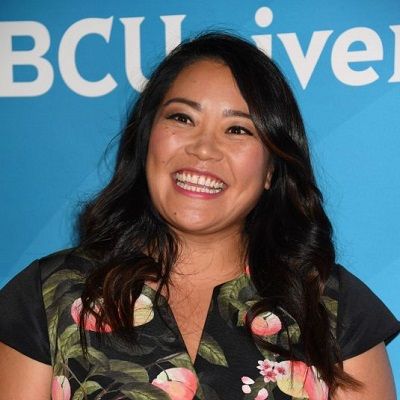 Mary was once asked about her favorite pastime activities. She answered that she likes cracking jokes.

Who is Mary Sohn?

Mary Sohn is an award-winning American actress-writer. She is renowned as Jan Keller in the movie The Boss.

Mary was born on the 12th of May, 1986. Her late father was a pharmacist and her mother is an ESL teacher at a grade school. After the  Korean war in 1953, her parents migrated to the U.S and they belong to Korean ethnicity.

Mary is the youngest among her two siblings. Her eldest sister is a pharmacist.

Mary attended medical college however, she switched to acting and majored in Theatre.

In 2016, Mary debuted in Hollywood from the movie The Boss.

Later, she was featured in movies including the 2016  movie, Other People, Love, and in 2019, Between Two Ferns: The Movie.

Before movies, she was on TV series. Some of her series along with their dates are:

She also writes for theater and performs as well. Who Do We Think We Are, Sky’s the Limit: Permitting and The Absolute Best Friggin Time of Your Life are some of her theater plays on The Second City Mainstage, Chicago, Illinois.

She is also an improv actor for theater plays which include Pool Party, Virgin Daiquiri and Sirens.

She has featured various commercials for TD Bank, Swagger Wagon, and Call of Duty.

In 2011, she was awarded the Equity Joseph Jefferson Award.

Mary Sohn: Net Worth and Salary

Mary has an estimated net worth of $1.5 million. Her earning as an actress is around $50,529 and above per year.

She is a brown-eyed brunette. Her height is 5 feet and 8 inches.