Maryse Ouellet is a two-time 'Divas Champion' winner. She is married and a mother of one kid.

Maryse Ouellet’s relationship status is married to Mike Mizanin. Mike is best known by his ring name The Miz. 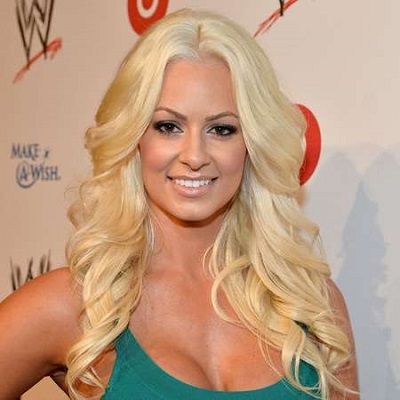 If I wasn't Maryse, I would want to be!

"All I need are chocolates, credit cards, and stilettos."

“Just look at me! Beauty. Style. A little vision of perfection. I love myself and that's enough.”

Who is Maryse Ouellet?

Maryse is a professional wrestler and also an actress, businesswoman, reality star and model.

Currently, she signed with WWE under the ring name Maryse, where she performs on SmackDown.

Maryse Ouellet was born Maryse Mizanin on  January 21, 1983, in Montréal, Quebec, Canada and was raised in Edmundston, New Brunswick. She is an Aquarian.

Her father is Guy Ouellet and mother, Marjolaine Martin. She has a sister, Michelle Ouellet. She is of French-Canadian ancestry.

She supports LGBT rights and has posed for the ‘NOH8 Campaign,’ a charity working for the LGBT community.

She joined ‘WWE,’ but as the fitness and training facility observer at its developmental territory ‘Ohio Valley Wrestling’. She signed an official ‘WWE’ developmental contract on August 24, 2007, as an ‘OVW’ trainer.

Ouellet was at ringside when he captured the FCW Southern Heavyweight Championship. She made her first official televised appearance on the May 21, 2007 episode of Raw to present American rapper Timbaland’s new music video for the single “Throw It on Me”, in which she had appeared.

She began appearing regularly on SmackDown at the beginning of 2008, she had adopted a snobby attitude and become a villainous character, On the episode of SmackDown.

Maryse began a rivalry with Michelle McCool in September 2008, challenging her for the WWE Divas Championship at Unforgiven, and in a rematch the following week on SmackDown, but failed to win on both occasions.

She made her theatrical film debut as Pouilleuse in the film Octobre, a dramatization of the Canadian abduction and murder of a government minister by a cell of The Quebec Liberation Front.

Besides wrestling matches, she made her TV show debut on Musée Eden in 2010.

Maryse returned during a WWE Intercontinental Championship match between the champion Zack Ryder and her husband, The Miz during the match.

She then began to cut various promos with Miz as his host during the “Miz TV” segments, while calling themselves the “It” Couple.

She supports LGBT rights and has posed for the ‘NOH8 Campaign,’ a charity working for the LGBT community.

She is a blonde with green eyes, height 5 feet 8 inches and weighs 58Kg.