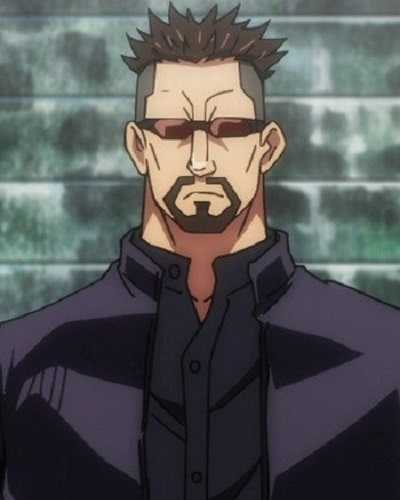 Who is Masamichi Yaga?

Masamichi Yaga is a supporting character in the Japanese Anime and Manga series, Jujutsu Kaisen. In the anime, he happens to be the principal of the Tokyo Metropolitan Curse Technical College.

Also, he is the mentor of Suguru Geto, Satoru Gojo, and Shoko Ieiri. Besides that, he is a special grade curse user in the series.

– The Japanese Voice actor, Takaya Kuroda has contributed his voice to the character, Yaga. The Voice Artist is popular in his association with Hunter X Hunter as Razor. Besides that, the actor is popular with the Manga Series including Fairy Tail and Yu-Gi-Oh! Zexal as Fumero.

– Last, in 2021, he voiced the movie, The Journey as Abraha. He is currently with the Voice Talent Agency, Axlone. Before that, he used to work for 81 Produce and Mausu Promotion.

– The English dubbed voice for the character is provided by the Voice Actor, Keith Silverstein. The voice artist is popular for contributing his voice to the anime series including Blue Dragon, Hunter X Hunter as Hisoka Morrow, and Zetman.

As of now, the birth date of the character is a mystery along with his family background and origin. Also, there is a higher possibility that the mystery will never unfold during the entire series. However, the character is 47 years old.

In the series, the character is single. Besides that, the character also does not have any kind of love interest or girlfriend in the series. However, being the Yaga is particular when it comes to choosing students for Tokyo Metropolitan Curse Technical College.

He shares a fatherly bond with Panda whom he made using his curse energy.

Great Curse Energy- Being the principal of the Tokyo Metropolitan Curse Technical College, he happens to be one of the most experienced curse users in the series. Hence, he possesses a great amount of curse energy.

Cursed Corpse- Using his curse energy, he can give life to dolls. Besides that, he is also able to control all the dolls he created using the curse energy.

Cathy- It happens to be one of the dolls he created by using his curse energy. The doll has a head similar to a bear. Also, it has a structure similar to Kappa on the top of his head.

Panda-  Panda happens to be the most advanced doll made by Yaga. Unlike other dolls he made, he has his curse energy. Also, he is a mutated crushed corpse in the history of Jujutsu Kaisen. Besides that, he also has his own will and emotions.

He has black eyes with dark brown hair. His height is 6 feet and 3 inches and has a decent weight. He wears black glasses. In past, he had the similar look. However, at the time, he didn’t use to wear glasses.

Like most of the characters in the series, he wears a black jacket with black pants.

Spoiler alert! You will be shocked after knowing these 5 characters of Jujutsu Kaisen will die