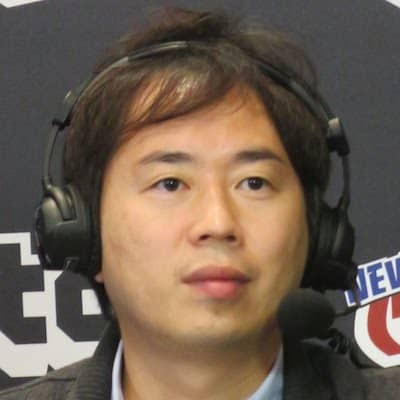 What is the relationship of Masashi Kishimoto?

Masashi Kishimoto is a married man. He exchanged vows with his wife in 2003 whose name is not revealed. Similarly, their wedding details are also hidden.

However, due to his hectic work schedule, he postponed his honeymoon but went in 2015. This couple together has a son.

Who is Masashi Kishimoto?

Masashi Kishimoto is a Japanese writer and producer. He is best known for his manga art and has created the popular anime series Naruto.

For his amazing work, he was awarded Quill Award in the year 2006.

His birthdate is 08 Nov 1974 and he was born in Nagi, Japan. The name of his mother and his father are hidden from the public.

Masashi’s ancestry is Asian and has a twin younger brother Seishi Kishimoto.

As per his academics, he attended Kyushu Sangyo University.

Masashi Kishimoto from his childhood was interested in drawing. He is now one of the popular anime creators. His art of Naruto is sold over 250 million copies globally in 46 countries.

His first manga project was titled Karakuri which he started in 1995. But this did not become that successful. Then in 1997, he started to draw naruto which gave him fame.

As a producer, this artist produced Boruto: Naruto the Movie (2015) and Naruto: Shippuden (TV Series 2007). he also supervised three episodes of Boruto: Naruto Next Generations in 2017.

He collected a net worth of around $20 million US as of 2021. His salary and other incomes from his career are unknown.

This manga artist and famed actor is keeping himself away from rumors and desperate scandals.

Masashi Kishimoto’s height is 5 ft 6 inches and his body weight is 57 kg. Similarly, his eyes are black plus his hair color is also black.