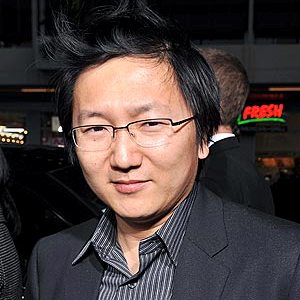 What is the relationship of Masayori 'Masi' Oka?

Masi Oka is in relation to a lady named Nicole. He left the popular series ‘Hawaii five-0’ citing reason of wanting time to open his own production house. He also had said that he had an altered chemistry with actress Jayma Mays and thought it right to quit at the right time.

Who is Masi Oka?

He was also highly appreciated for his performance in ‘Friends with benefits (2011).

He was born to Japanese parents. His parents divorced when he was 1 month old. His mother, Setsuko Oka, reared him single-handedly. When Masi Oka was 6 years old, his mother moved to Los Angeles.

Masi has never seen or met his father. His early childhood was spent in Japan and later in the USA. His mother refers to staying in Japan now due to her superstitious belief that if she stays in Japan, her son gets nominations and credit.

At the age of 8, he was cast in the game show ‘Child’s play on CBS-TV. When he was 12 years old, he was on the cover of Time for the article ‘Those Asian-American Whiz Kids. He has been reported to have an IQ of over 180.

He studied at The Mirman School and Harvard-Westlake School. He served as an English, Spanish and Japanese translator at the 1992 Summer Olympics.

He obtained a BSc degree in Computer Science and Mathematics from ‘Brown University. He also was a musical director while at the University.

He started working as a special effects artist with George Lucas’ company, ‘Industrial Light and Magic’, and had hoped to earn an Oscar in the technical field. He decided to try his hand at acting in 2000. He bagged some small roles and commercials.

His first breakthrough came when he got the role of Hiro Nakamura in ‘Heroes’. He received various nominations for this role. He likes kendo (Japanese sword fighting). He has turned producer with ‘Death Note’ which has a 2017 release. He continues to work 2-3 days a week as the Research and Development Technical Director for ‘Industrial Light and Magic’.

He has admitted that his changing chemistry with his co-actor, Jayma Mays, had made him decide to leave the show ‘Hawaii five-0’. He supposedly has a long-term girlfriend named Nicole whom he plans to marry but has no children with her as yet. Of late, rumors related to his engagement and his girlfriend’s baby bump have been doing the rounds, but they seem to be false.

His new film ‘Death Note’ which Masi Oka is producing has mainly Caucasian artists who occupy the center stage. This was a topic of controversy and criticism but Masi Oka has managed to quiet down his critics. The audience is awaiting the release of the film with great expectations.

Masi Oka was not too happy with Rob Schneider playing a stereotypical Japanese character in ‘I pronounce you Chuck and Larry’. He felt that an Asian actor should have played the role. But he was at the receiving end of Rob’s anger for this remark. Masi Oka’s character of Hiro in ‘Heroes’ has changed a lot over time.

Masi Oka continues to give his best for his act. Masi Oka has been appreciated for his acting as well as the digital effects.

Masi has a height of 5 feet 6 inches. He has black hair and black eyes. Currently, his body weight is not known.