Masika Kalysha is a musician, activist, writer. She is a single mother of her daughter from her ex-boyfriend, Fetty Wap. 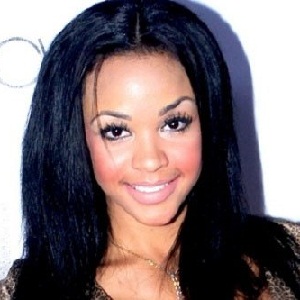 Masika Kalysha is an unmarried woman.

Nothing is published relating to their relationship afterward and these days they started living separately. She has also dated James Rashid and a musician Yung Berg before Fetty.

Who is Masika Kalysha?

She is also Love and Hip Hop Hollywood star and worked as a model for different music videos including Waka Flocka, Lil Wayne, and Birdman.

Masika was born to American parents on June 7, 1985, in Chicago, U.S.A. Her nationality is American and her ethnicity is African-European.

She was raised up there with her parents along with one elder brother and an elder sister. She was quite weak in studies since childhood and her father used to encourage pursuing a career in acting and television actor.

Regarding her educational background, it was published that she graduated from Chicago, her hometown.

After graduating from Chicago, Masika Kalysha moved to Hollywood to pursue a career in the film industry. First of all, she didn’t even get a job in the industry, so she started working as a hostess.

Later on, she started working as a model in music videos including Lil Wayne, Birdman, and Waka Flocka. It is said that she has a role in the film named “Prey” which will release in mid-2017.

She also worked in a film named “Three Can Play That Game” and received positive reviews from fans and critics. She also appeared in the Playboy scripted series named “7 Lives Exposed” in the year 2013.

As an actress and model, she makes a handful amount of money and has an estimated net worth of $400 thousand.

Once there was a controversy regarding Masika’s child, Khari Barbie Maxwell. She gave birth to this child after her separation from an ex-boyfriend, Fetty Wap.

Fetty was telling that Khari was not his child and Masika Kalysha was cheating on her. This controversy is still active and Fett is not admitting Masika Kalysha’s child.

Masika Kalysha has a height of 5 feet 6 inches. Her body weighs 63.5kg. She has black hair and dark brown eyes.

Masika Kalysha Accused Of Faking Her Kidnapping; Her Apology And Fans’ Response On The Controversy!

Yung Berg was linked up with his Love & Hip Hop Hollywood co-star Masika Kalysha. After several dating, Yung Berg got the serious complications from only one