Mason Gamble is a married man. He tied the knot with his wife, Sarah Gamble. The lovers tied the marital knot in July 2017. They don’t have any children. Currently, he resides in Oak Park, Illinois with his wife. Furthermore, there is no such news of their separation and divorce. 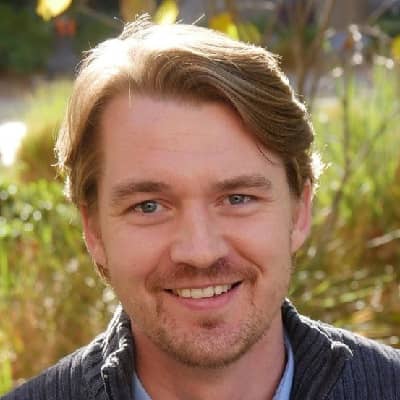 Who is Mason Gamble?

Mason Gamble is an American former actor who is best known as Dennis Mitchell on American Comedy Film ‘Dennis the Menace’. Furthermore, he is the two times winner of the Young Artist Award in 1994 and the 2000s.

Currently, he is working as a marine biologist. He is serving as a doctoral candidate in Environmental Science and Engineering at UCLA’s Institute of the Environment and Sustainability.

Mason Gamble was born on January 16, 1986, in Chicago, Illinois, USA. As of 2021, he will be celebrating his 35th birthday. His birth name is Mason Wilson Gamble.

Likewise, his parents are Sally Gamble and Tim Gamble. His father Tim is an American Former Actor. Mason has a sister, Casey Gamble who is also an actor known for ‘Dennis the Menace’. Similarly, he started acting at the age of 7.

Gamble is of American Nationality. Moreover, his birth sign is Capricorn.

Talking about his education, he attended Oak Park and River Forest High School for his education in 2004. Likewise, he graduated from the University of California, Los Angeles in 2008.

Having started his career with a huge role in the 1993 movie, Dennis the Menace later acted in the Movie ‘Just in Time’ in 1996 followed by another movie ‘Spy Hard’ in the same year.

Mason was chosen from the 20,000 children who had auditioned for the American Comedy Film ‘Dennis the Menace’. After that, there is no looking backward and has appeared in more than 17 films to date.

Some of the most notable films he has played include Early Edition in 1996, American Medical Drama Tv Series ER in 1997, and this was followed by movies like Rushmore, Arlington Road, and Anya’s Bell among others.

In 2010, he retired from acting and decided to pursue his career as a marine biologist. He has been a doctoral candidate in Environmental Science and Engineering at UCLA’s Institute of the Environment and Sustainability since then.

There are no details of his salary but he has an estimated net worth of around $500K.

He is the two times winner of the Young Artist Award in 1994 and the 2000s for the movies Anya’s Bell and Dennis the Menace respectively. Moreover, he has been nominated thrice for various awards.

Mason stands 6 feet and 2 inches tall and his weight is 75 kgs. He has light brown hair and dark brown eyes.