Popular for his role in shows like Teen Wolf, Criminal Minds: Beyond Borders, and Modern Family.

Mason McNulty is straight and most possibly single as of now. He has not posted anything related to his love life. Although, he is close friends with a famous social media personality Txunamy. It seems that he is more focused on his career building rather than any relationship with a mid-teen. 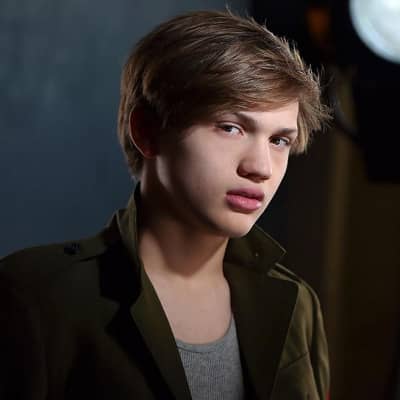 Who is Mason McNulty?

Mason McNulty is an American actor. He is popular for his role in shows like Teen Wolf, Criminal Minds: Beyond Borders, and Modern Family.

He was raised in the United States and holds American nationality. Also, he follows the Christianity religion.

There’s no information and name on his parents at the very moment. However, it is known that he has an older sister but the name is not available yet.

Even so, he has shared many photos with his parents as well as his siblings in his social media profiles. It seems his parents support him in his career and life. Other details on his relatives, cousins, etc. are still not given to the public.

But considering his age, he must be joining a high school or he might be taking a break from his studies and focussing on his career at the moment.

Mason McNulty is a young American actor as well as producer. He began his acting career at the age of 6 after debuting in an episode of Video Game Reunion as the character Tingle.

Since then, he has played in many popular movies such as Teen Wolf, Criminal Minds: Beyond Borders, Pals, Despicable me 2, Assimilate, The THings Inside, Modern Family, etc.

Furthermore, he has made an appearance in the TV sitcom Schooled (2019) as the character Toby Murphy.

In 2019, he got involved in the role of producer, gaining executive and associate producer credits on short movies like In The Bathroom and Throw Like A Girl.

Moreover, he has shown up in many YouTube videos on the Familia Diamond channel. He took part in a Youtube video with Txunamy titled “MY FRIENDS REACT TO MY TIK TOKS *GONE WRONG*” in 2019.

Mason is yet to receive an award however, he has been nominated several times. His nominations are given in the table below:

Mason McNulty earns a net worth estimation of around $1 million. His main primary source of income is his acting career. That is a very decent amount of money for someone his age. The details of his salary and assets are not given at the moment.

Mason has led a successful career till now and has stayed away from any rumors and controversies that may ruin his professional life. He doesn’t seem to be the person to pay any mind to fake news and rumors about him.

Mason McNulty stands tall at a good height of 53 inches (4 feet 5 inches). Other measurements of his body like weight, chest, waist, hips, etc are not given at the moment. Even so, he is still growing so his body size is likely to change. Further, he has a pair of brown eyes and short blonde hair.

Mason McNulty is active on most social media platforms. He is available on Instagram as ‘@mason.mcnulty‘ and has gathered around 20.3k followers.

On Twitter, he is active by the name ‘@_MasonMcNulty‘ with more than 360 followers. As for Tiktok, he is present under the username ‘@masonbyson‘ and has gained 15k followers.