Master P at the present is in love with a beautiful and equally talented entrepreneur Simin Hashemizadeh. Their affair news came out in Feb 2017 when the public noticed the 2016 Rolls-Royce Ghost gifted by him to her. That car was worth $270,000.

But in 2012, his girlfriend posted their pictures which caught the eye of the public.

Master previously was with Karrine Steffans, a former model but only for a short time. From his other relationships, he has welcomed two kids Veno who was born in 1991, and Cymphonique, born in 1996.

From 1989 to 2014, Master was married to rapper Sonya Miller. They exchanged vows in a low-key ceremony on 9 April and together welcomed seven children.

But he and Sonya’s wedding got in trouble as she filed for divorce in 2011, citing irreconcilable differences. She demanded child support which was huge in the figure. The divorce was finalized in 2014. 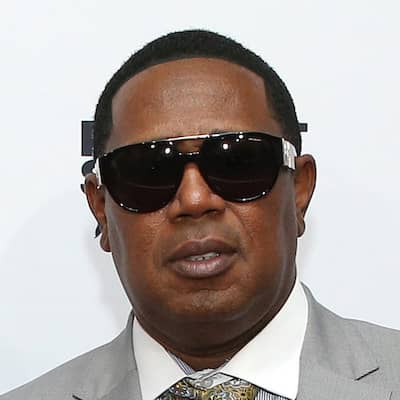 Who is Master P?

Master P is an American national singer and record executive, and actor. Master P has launched many albums Get Away Clean (1991) Mama’s Bad Boy (1992) The Ghettos Tryin to Kill Me! (1994), etc.

As an entrepreneur, he owns a record label No Limit Records and was the founder and CEO of P. Miller Enterprises plus Better Black Television.

He was also a basketball player who played for teams such as Fort Wayne Fury, the Charlotte Hornets, Toronto Raptors, San Diego Stingrays, and Las Vegas Rattlers.

His birthdate is 29 April 1970 and he was born in New Orleans, Louisiana, the United States as Percy Robert Miller. The name of his mother and his father’s identity is not revealed.

Further, his ancestry is All-American, and has a younger sister named Germaine Miller. He also has two younger brothers Silkk the Shocker (Actor, Musician, and Rapper) and C-Murder (Rapper, actor, singer, songwriter, and author).

Moreover, his other brother Kevin Miller was killed in New Orleans in 1990.

As per his academics, he first attended two schools the Booker T. Washington High School and Warren Easton High School. Then he got enrolled at the University of Houston but shifted to Merritt College.

From the latter, he passed out with a major in business.

He also has released an EP Intelligent Hoodlum. The list of his song credits as a lead is,

By 2022’s sources, he has an estimated net worth of $200 million. However, his yearly salary is not yet stated.

He donated a huge amount of $500,000 to the Catholic elementary school in 1999. When he was divorcing his wife Sonya Miller, she said Master has 31 real estate, 13 cars, and 45 lucrative companies.

This Reggaetonplus Latin R&B genre singer is keeping himself away from scandals as well as rumors. But recently on May 29, 2022, his daughter Tytyana Miller passed. She was only 29 years old and died possibly due to an overdose of drugs.

Master’s lyrics of the song “Brick to a Million” disrespected rappers Kanye West and Lil Wayne. But in his defense, he said it was not directed at them.

Master P’s towering height is 6 ft 4 inches and his body weight is 100 kg. On top of that, he has dark brown hair and eyes are a dark brown color too.

Master P is officially present on social sites such as Instagram with over 3.4 million followers.

Master P Is Mourning Over Her Daughter Tytyana Miller Death at 29!

Whitney Port Pregnant with husband Tim Rosenman’s child!! Along with her Former Co-Stars! Jokes About the ‘Hills’ Baby Boom: You’d Think It Was a ‘Master Plan’