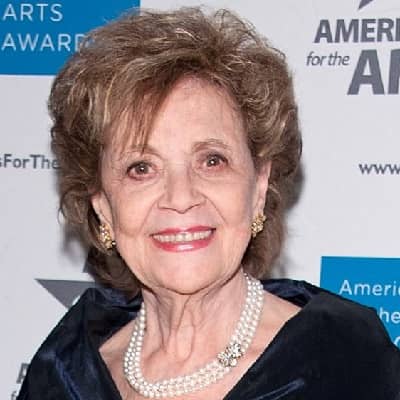 What is the relationship of Matilda Cuomo?

Matilda Cuomo is married to the former Governor of New York, Mario Matthew Cuomo. She met Mario Cuomo for the first time in 195 in the cafeteria at St. John’s University where they were both studying. They fell in love with each other and dated for few years before their marriage on June 5, 1954. However, their love life lasted 64 years until Mario’s death in 2015.

Together, they are blessed with three daughters Margaret, Maria, and Madeline Cuomo, and two sons Andrew Cuomo and Chris Cuomo. They all have followed the footsteps of their parents.

Who is Matilda Cuomo?

Matilda Cuomo was born on September 16, 1931, in New York, US. As of 2021, she will celebrate her 90th birthday. Her real name is Mattia Raffa. Likewise, She was given the name ‘Matilda’ by her teachers from her elementary school.

She was born to her parents, Mary Raffa and Carmelo “Charles” Raffa. They had immigrated to the United States from Sicily. Her father Carmelo was a businessman. Unfortunately, her father and mother died in 1988 and 1995 respectively. She has three brothers namely Frank, Sam, Joseph, and a younger sister, Nancy.

Furthermore, Matilda is of Italian descent and American nationality.

Matilda joined kindergarten at a Brooklyn elementary school. After that, she attended Midwood High School. For her further studies, she continued her studies in teaching at St. John’s University in Queens, graduating in 1954. Likewise, she met her love partner at the same University.

Matilda was a Second and First Lady of New York State between 1979 and 1994. At the time, she supported women, children, and families. Likewise, Cuomo founded the New York State Mentoring Program in 1984 which created opportunities for children and young adults. Around 10,000 students were helped by her program. She became active as chairman until 1995. After that, she chaired the New York State Decade of the Child initiative.

Matilda edited the book “The Person Who Changed My Life: Prominent Americans Recall Their Mentors,” by Mentoring USA nonprofit organization. Her mentorship book was published in 1999. However, it was reprinted in 2002 and 2012 featuring Hillary Clinton. Similarly, she has made her appearance on the Oprah Winfrey Show and discussed her work in support of mentoring programs.

Cuomo has also served as a co-chairman of the Governor’s Commission on Child Care. She was the chairman of the NY Citizens’ Task Force on the Prevention of Child Abuse and Neglect. Matilda assisted many children and women during her lifelong professional career.

Of all her lifelong work, and dedication, why not she has a net worth of around $5M as of 2022. Likewise, Matilda is a dedicated and hardworking person who focuses on her professional career.

Talking about her awards and accolades, Cuomo received many honors during her professional days. In 1994, she was provided the International Fellowship Hall of Fame award in honor of her work as an advocate for children and women. She received the Lewis Avenue Alumni Legacy Award from St. John’s University in 2010.

Maternity and Early Childhood Foundation honored her with the Champion for New York’s Children and Families Award in 2011. Likewise, she was respected with the honoree at the 75th Anniversary Jubilee for Midwood High School.

She is the winner of the first Liberty Partnerships Program Lifetime Achievement Award in 2017. In 2017, she was standing in the National Women’s Hall of Fame.

Matilda Cuomo is a reputed woman who was loved by the people for her work. There are no rumors and scandals about her.

Matilda has a slim body despite her old age. She has a normal height that fits her body and average weight. She has attractive dark brown eyes and dark blonde hair.