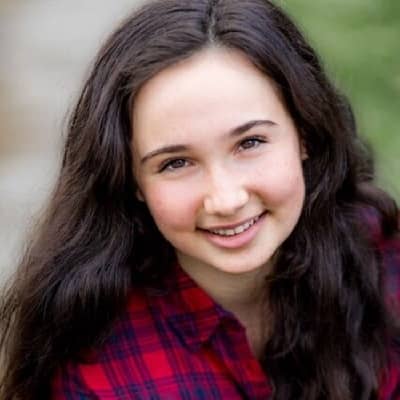 As per the reports, Matreya Scarrwener is currently in a relationship. She is dating a guy named Harrison Houde.

Her boyfriend is also an actor.

Matreya Scarrwener is an American casting director and actress in both TV and films. She was seen in Imaginary Mary (2017) and Once Upon a Time (2011).

Her latest movie of 2020 was Shall We Play? and she played the role of Stacy.

She was born on 23 Feb 1998, in Vancouver, Canada. The identity of her father and her mother is unknown.

She belongs of Caucasian descent. Regarding academics, she has not provided any details about it.

Matreya Scarrwener started her career at a young age. She is mostly known for her appearance in Once Upon a Time. This series was first aired in 2011 till 2018 and she has played the role of Dorothy Gale.

Matreya also did short appearances in Van Helsing, The Dating List, Road to Christmas, Once Upon a Time, and many more. Her movie project is The professor (2018) and she has played the role of Rose.

She has an estimated net worth of $500 thousand as of the year 2021. But her salary and other earnings from her acting career are unknown.

This Once Upon a Time‘s star is keeping herself away from rumors and desperate scandals.

Regarding Matreya Scarrwener’s body features, her height is 5 ft and her body weight is 50 kg. Looking at her pictures, the color of her eyes is dark brown and her hair is also in dark brown color.

Matreya is available on a social site. She is popular on Instagram and has over 4.2k followers on it.