Matt Allwright is an English television presenter, journalist, musician, and writer. He is married and a father of two. 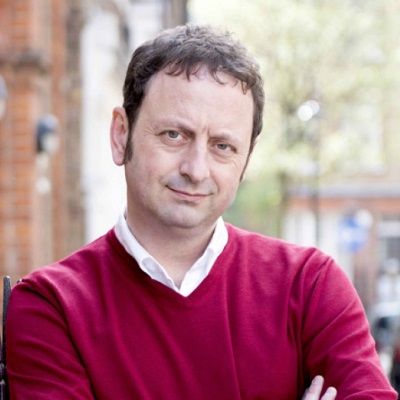 With his sultry looks and powerful voice, Frankie Vaughan was Britain's answer to Frank Sinatra. He released more than 80 singles, scoring 20 top 20 hits. In the 1950s and '60s, you'd have had a hard job to find a bigger star than Frankie Vaughan.

What is the relationship of Matt Allwright?

Matt Allwright is a married person. He is blessed with a son and a daughter.

Similarly, he writes a regular blog about his experience learning to play the pedal steel guitar.

Who is Matt Allwright?

Matt is best known for The Empty Housing Scandal, Fat Nation: The Big Challenge, and The Exit List.

On, 9th September 2019, The Irish News posted an article, Matt Allwright: Watchdog Keeps me up at night.

Matt Allwright was born on 14th April 1970 in England. He grew up in Berkshire, England, with his family.

At the age of seven, he attended Dolphin School in Hurst and later Reading Blue Coat School in Sonning, Reading.

After graduation, he went to Japan for teaching. There he taught English in high schools.

Three years later, he returned from Japan and started his career as a presenter for BBC One’s popular consumer program, Watchdog, in 1997.

He worked in Watchdog for four years and then started to present BBC One’s another program, Rogue Traders, in 2001, which was an instant hit with eight million regular audiences.

In addition, he worked on several TV programs. In 2010, Matt hosted The One Show, and in 2011, he hosted You’ve Been Scammed; both were BBC One’s popular shows.

After two years, he presented Dominic Littlewood, a consumer rights program, and also co-hosted Keeping Britain Safe with Julia Bradbury in the same year. Currently, he is hosting BBC One’s The Empty Housing Scandal as of 2019.

He is also a columnist and social worker. In addition, he has written on various subjects for The Chartered Trading Standards Institute and Best Magazine.

As a social worker, he is involved in several no-profit organizations working for homeless persons and children. Moreover, he serves as a patron for organizations like The Stillborn and Neonatal Death Society (SAND) and Launchpad.

He has dark hair and brown eyes.