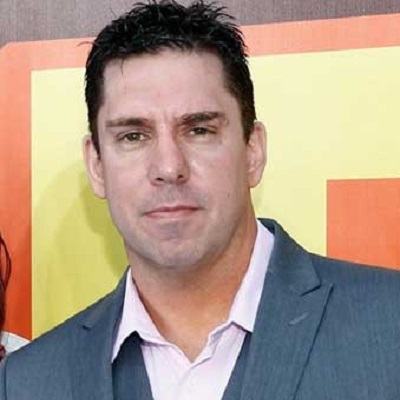 Matt Baier is married to Jennifer Baier. His wife, Jennifer is working as a waitress for a restaurant chain.

The couple first met after Matt’s break up with his ex-fiance. The wedding took place in November 2017 in Las Vegas.

Together they have a son, Christian. He was born on the 1st of January 2019. As of now, the couple is in the verse of the divorce.

Previously, he was engaged with Amber Portwood. However, they were planning to get married in 2017. However, the called off their wedding as they could they had way too many problems in the relationship.

Before that, he had been in a relationship with many women and had about nine children. However, until the date, the identity of his children is not disclosed.

Who is Matt Baier?

He is also the author of Guys Don’t Rat on Guys Matt Baier.

He was born on the 29th of April 1971 in Boston, Massachusetts. He is of German ethnicity.

Till the date, he has not mentioned any sorts of information regarding his mother, father, siblings, and education.

Matt Baier started his career as a radio jockey. In 2016, He gained huge popularity when he appeared in MTV’s series, Teen Mom along with the Teen Mom, Amber Portwood.

Following the series, in 2017, he appeared in the series, Marriage Boot Camp: Reality Stars for 8 episodes.

In the same year, he published the books like Guys Don’t Rat on Guys and You Have No F**king Idea: The Naked Truth About My Life.

Also, his earnings as an author are in the range of $5ok or above.

However, in 2017, there was news that the reality TV actor had been through a financial situation where he broke up with Amber.

Even the news was that he had to evict from his apartment and had to rent the apartment worth $1.19k a month with the security deposit of $525.

The reality TV star has always created news when it comes to his relationship.

In August 2017, his break up with Amber created a huge buzz in the media. During the time of break up, Amber revealed that they used to have many fights including physical too.

Also, Matt has cheated on her again and again. Besides this, she even added that he had stolen money from her bank account.

In the Verse of Divorce

As of now, his wife, Jennifer filed for the divorce on the 19th of December 2019. Soon, Jennifer wants to get rid of him. Also, she wants the full custody of their son, Christian.

Prior to that, along with the Nevada Department of Health and Human Services Division, she filed for child support on the 21st of February 2019. However, the case has the last hearing on the 25th of July 2019. Still, they had not revealed the decision made by the court.

Matt Baier has brown eyes with black hair. There is no information about his height and weight.

You may also read the bio, age, education, career, net worth, salary, and controversy of Taylor Momsen, Jelian Mercado, and Catelynn Lowell.

Relationship Alert! Amber Portwood Has Now No Plans Of Marriage With Fiance Matt Baier; The Couple Says End To Their Relationship