Prior to that, he married the American reality star, Gloria Govan, on August 11, 2013. Together they have two twin boys, Carter, and Isaiah Barnes. However, they split on December 21, 2016. 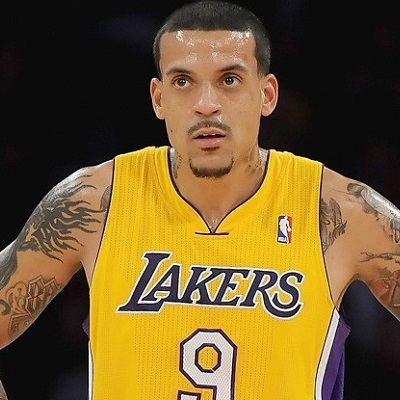 I think what I came from and what I saw molded me into a certain person. Nothing was ever wrapped or a silver spoon, so I don't think I would know how to live and I don't think I'd want to live if it wasn't a grind

Fatherhood is the best thing that ever happened to me

I'm a role player, a journeyman. I know who I am.

Who is Matt Barnes?

He mostly holds a small forward position in the NBA and one of his greatest achievements is that he won the NBA Championship 2017, with the Golden State Warriors.

He has a brother, Jason Barnes, who is a football player, in the Canadian Football League. He also has a sister named, Danielle Barnes.

Barnes is very good at his basketball skills. He gathered many honors such as All-American, All-State, All-ClF, All-city, and All-League, in his early career.

His professional career started when he featured by Memphis Grizzlies in the 2002 NBA draft, 2nd round.

In 2006, he signed a contract with the Golden State Warriors. He improved a lot by staying on this team. He also served as a captain for the 7th and 9th seasons.

Thereafter, Barnes signs a two-year contract with the Los Angeles Lakers, on July 23, 2010. After playing for two years he left the Lakers, in 2012. In the same year, he joined the Angeles Clippers. While playing for the Clippers, he was charged and fined multiple times. He was fined for various reasons such as Kicking a water bottle, using inappropriate language during games, not leaving court in time.

On December 11, 2017, he declared that he is going to retire from his NBA career through Instagram.

Barnes’ net worth is approximately $13 million.

He was fined around $500 thousand for different cases while playing in the basketball arena.

He is co-parent of two twins boys with his ex-wife Gloria Govan. So, he paid $7.5 k per month for them.

Recently, he is not involved in any rumors and controversies.

Barnes is 6 feet 7 inches tall and his weight is 103 kg. He has dark brown eyes and black hair.

Barnes is most active on Instagram and has 1 million followers. He has above 900 posts on his Instagram wall.

He has 539.7 k followers on Twitter and joined this community in February 2010.

Ben Barnes’ thoughts on love. Is Ben giving hints that he’s dating or has an affair?