Updated On November 23, 2022 | Published By: rylee
Share this
Divorce 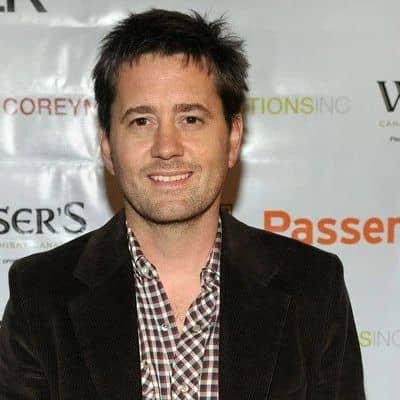 Who is the fomer wife of Matt Bissonnette?

Currently, Matt Bissonnette is possibly single. He has kept the mysterious lady of his life a secret.

Talking about his previously hooked-up relationships, in 2002 he was married to Molly Parker, a Canada-based actress, writer, and director. After a long year of marrying, they officially ended their marriage in 2016.

However, they are parents to a son named, William Strummer Bissonnette together.

Who is Matt Bissonnette?

Matt Bissonnette is a Canada-based movie director and writer. He is best know for working in ‘Who Loves the Sun’ in 2006, ‘Passenger Sie’ in 2009, and, ‘Looking for Leonard’ in 2002. He is also known to be the former husband of Molly Parker, a Canadian actress, and director.

Matt Bissonnette was born in Montreal, Canada on November 2, 1965. He holds Canadian citizenship and maintains a Caucasian ethnicity. According to the astrological chart, Scorpio is his birth zodiac sign. Benedict Matthew Bissonnette is his full name.

He is the brother of Joel Bissonnette, an actor. No more info about Bissonnette’s parents, siblings, or educational life is available yet.

After collaborating with his childhood friend, Steven Clark, Matt Bissonnette co-directed and co-wrote the Canadian crime comedy-drama movie, ‘Looking for Leonard in 2002.

Similarly, solely, he directed the Canadian movie,’ Who Loves the Sun’ which was released on June 6, 2006. In June 2009, his directed movie ‘Passenger Side’ was released.

Moreover, he directed the movie, ‘Death of a Ladies’ Man’ which was released on September 4, 2020. Often, his movie includes the literary or musical work of ‘Leonard Cohen as a thematic motif,’ Looking for Leonard’.

As a commercial director, he also worked in advertising and published the novel, ‘Smash Your Head on the Punk Rock’ in 2008.

Brief About, ‘Looking for Leonard’

Benjamin Ratner played the role of Ted and Darcy Belsher played the role of Johnny, aimless brothers in Montreal who deed crimes with the support of Ted’s girlfriend Jo, (Kim Huffman). Being uncertain about the trio’s lifestyle and reads Leonard Cohen’s novel, ‘Beautiful Losers most of the time.

Later, Jo meets Luka (Joel Bissonnette) an emigrant from the Czech Republic whom she starts liking and starts to date. However, one day Luka and Ted got involved in the conflict and Luka died.

After this, Ted hides from the police and Jo supports him by giving a false statement to the police saying Luka was the aggressor and Ted accidentally killed him in self-defense.

The movie was made under the production of Boneyard Film Company and Frustrated Film. On March 10, 2002, the movie was released.

How much is the net worth of Matt Bissonnette?

As a director, Matt Bissonnette has a successful career which has earned him a good amount for the continuity of his lavish lifestyle. So, he has an estimated net worth that ranges between 1 to 5 million USD.

However, his salary and incomes are still under review.

Matt Bissonnette has maintained a clean profile and is not involved in any serious rumors and controversies.

The detailed info about the body measurements of Matt Bissonnette including his height and weight are not revealed yet.

Coming towards his facial appearance, he has a pair of black eyes and hair of the same color as well.

Matt Bissonnette does not appear to be active on Facebook, Instagram, and Twitter. He does not seem to be willing to disclose his personal as well as professional life to the media.