Who is Matt Blashaw is married?

Matt Blashaw is married to Lindsay Archer. Linda is his second wife of Matt. Matt met his soulmate in the city of Kansas. After that, the duo started dating each other.

The couple engaged in 2017, February and on 16th September of the same year, the couple got married. The couple welcomed their first baby boy, William Blashaw on 31st July 2018.

Matt Blashaw is married to Teresa Bradshaw. However, the couple divorced. Besides that,
there isn’t much information about his first marriage date as well as the divorce date. 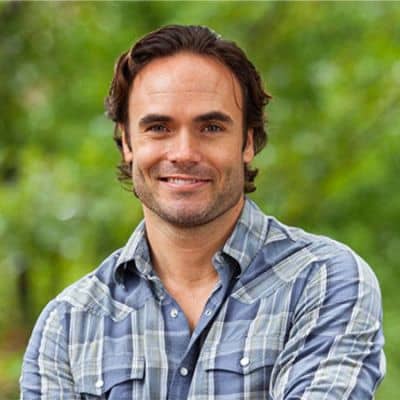 Matt Blashaw is an American actor, home builder, and host. Matt is famous for Supercroc Action film (2007) in the role of Captain Joe Lynch, Rattle Basket Comedy-drama (2007) as an Edgar Welsh, and Stupid Teenagers Must Die Horror drama in the role of Michael. In 2019, he appeared as a Guest in Today (TV Series).

Matt was born on 6th November 1975 in Orange Country, California. His full name is Matthew Blashaw. He is the son of Deborah Klee Blashaw and Lawrence Blashaw.

Since childhood, Matt is very interested in the building and construction business. He spent most of his time focusing on home-based DIY Projects and was involved in Plumbing and electrical works. During his college times, he worked on constructing sets for Musical Theatre Productions.

Matt debuted in the Another Time short video in the role of Steve Hamil. In the same year, he casts in The Ringmaster as Binky. Similarly, in 1998, he played the role of Rusty in Unhappily Ever After (TV Series).

Besides, Matt made his appearance as a Michael in Stupid Teenagers Must Die! film (2006).

In the following year, he played the role of Jimmy in the Freakshow video. Similarly, in 2007 he appeared in many movies such as Supercroc, The conversation, and Rattle Basket.

Matt started hosting in 2009 in that year, he hosted  Project Xtreme (TV Series). In the following year,
he was seen as a host of Deconstruction (TV Series). Similarly, Blashaw presented himself as a host in Professional Grade (TV Series) in 2010.

Furthermore, Matt is the host of Worst Kitchen in America (TV Special) 2011. In the following year, he was seen as a host in many TV Series such as The Ultimate Crash: House, Bath, Kitchen, and Yard, 123rd Tournament of Roses Parade in. In 2015, he made his appearance in Blashaw: A Day in the Life (TV Series).

Moreover, Matt is the host of Vacation House for Free (TV Series). In 2017, he presented himself as the Co-host of DIY Ultimate Retreat (TV Series) 2017. Blashaw appears as a Guest in Today (TV Series) 2019.

Matt’s net worth is estimated at around $2 million to $3 million. However, he hasn’t revealed any details about his salary and income.

Till now, the host Matt has been able to stay out of any kinds of controversy and rumors. He has maintained his clean image among the public.

Matt stands at the height of 5 feet 6 inches with a 71 kg weight. He has dark brown eyes with shiny black hair. However, there isn’t much information about his dress and shoe size.