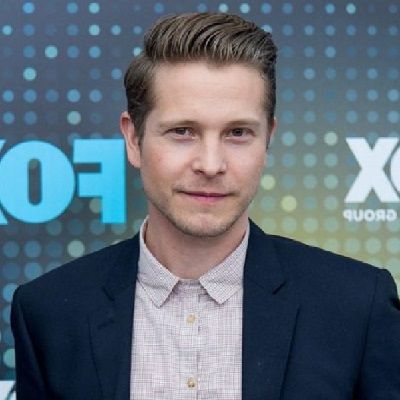 'Carpe Diem' is a phrase that I try to embrace. It means seize the day, to make the most of the present and to give little thought to the past or future. In the time that I have here, I want to love and live life to the fullest while being a positive influence on others. And I want a full life for everyone

The more challenges that are thrown at you, the more reward there is on the other side because you surprise yourself and say, 'Wow, these are things I didn't realize I was capable of.'

I majored in history and political science at the College of Charleston in South Carolina, and I have always loved researching how a single human being can change the course of history.

Matt reportedly started dating American actress Kate Bosworth in July of 2000. Their fling is said to have started while both Matt and Kate were on the set of Young Americans. Unfortunately, the show never aired. However, their affair heated and continued even after the cancellation of the whole series.

The pair reportedly split in 2002. However, they did not reveal any particular reasons. Currently, Kate is married.

After his relationship with Kate, he has not revealed any other relationships. However, there were rumors of him having affairs with Julianna Margulies and Archie Panjabi. Currently, Matt is single.

Who is Matt Czuchry?

Matt Czuchry is an American actor. He is famous for his roles as Logan Huntzberger on The WB TV series Gilmore Girls (2005–07) and Cary Agos on the CBS TV drama The Good Wife (2009–16). Currently, he stars as Dr. Conrad Hawkins, the main character, on the Fox medical drama series The Resident.

Czuchry was born in Manchester, New Hampshire. His father’s name is Andrew Czuchry who is a professor at East Tennessee State University. Similarly, his mother, Sandra, is a homemaker. Moreover, he has two brothers and a sister. His brothers’ names are AJ and Mike and his older sister is Karen. He is of Ukranian descent. In addition, his nationality is American.

He had immense love for the characters of any story/movies and television. Adding, after watching The Incredible Hulk, he would smash onto his couch wearing purple-dyed underwear like the hulk.

Czuchry graduated from Science Hill High School in the year 1995. He graduated with honors in 1999 from the College of Charleston with a B.A. in History and Political Science.

He has been awarded with the highest honor, The Bishop Robert Smith Award during graduation by the community of Charleston, South Carolina.

Therefore, he decided to practice law, the subject in which he majored. However, fate had something else for him.

After Matt a month of completing his graduation, he drove to the West Coast to risk his career and give a chance for his childhood passion i.e., acting. Soon in 1999, he got a chance to be featured alongside the artists like James Franco, Paul Feig, Mike White, and Judd Apatow.

To enhance his skills, Matt took one theater class in college, and his professor advised him to change his major to drama. It was during his first role on The WB’s Young Americans that he met Kate Bosworth, who was the woman he dated for two years from 2000 to 2002. Also, he did guest spots on Freaks and Geeks, 7th Heaven, The Practice, and Friday Night Lights.

After recurring on the CBS TV drama Hack and starring in the UPN pilot Jake 2.0, he finally received his breakthrough role as Logan Huntzberger on the TV series Gilmore Girls in the year 2004. Initially, his role was recurring during the series’ fifth season before finally being upgraded to a series regular during the sixth season of the show.

From 2009-16, Matt portrayed the role of lawyer Cary Agos on the CBS drama The Good Wife. Furthermore, he also repeated his role as Logan Huntzberger on Netflix’s miniseries called Gilmore Girls: A Year in the Life (2016).

Currently, Matt stars in the medical drama series The Resident. It premiered on January 21, 2018. Moreover, he plays the title character, Dr. Conrad Hawkins. In addition, the series continued for a second season on May 7, 2018, and a further third season on March 25, 2019.

Furthermore, he also made appearances in the movies Eight Legged Freaks and Slap Her… She’s French. Matt played the lead role in the film adaptation of I Hope They Serve Beer in Hell.

Matt has won a number of awards and nominations for his performances. He was the winner for Entertainment Weekly Best Supporting Actor Award in 2011.

His nominations include the Emmy Awards for Outstanding Drama Series in 2010 and 2011. Also, he received the nominations for the Screen Actors Guild Awards for outstanding performance by an ensemble in a drama series for 2010,2011, and 2012. Furthermore, he has received four Teen Choice Awards nominations.

Matt has been a part of the entertainment world for a long time now. And, it comes as no surprise that he has an estimated net worth of $3 million. However, there is no information regarding his annual salary. His primary source of income is acting.

There were rumors that he is gay after playing a number of gay roles in different movies. His anti-discrimination stance against the LGBT community fueled more rumors.

Alan has a height of around 5 feet 8 inches. Moreover, he weighs around 76 kg. In addition, he has light brown eyes and hair.

He is not very active on social media sites. He does have a private Instagram account with around 2527 followers.