Matt Dillon is an attractive person who is surrounded by fans(mostly ladies) and hence he has many dating lists in his life. After enjoying his life, he has now found a perfect girlfriend and soon to get married anytime.

After undergoing through several phases of dating with the A-list Hollywood women, seems like the actor Matt Dillon has finally found a woman with whom he is ready to settle in and start a family. But now let’s dig deep into his personal life.

Matt finally got a perfect lady to move on

After dating a handful of women in life, Matt is involved in a relationship with Roberta Mastromichele from 2014. Neither Matt nor Roberta has confirmed the relationship between them, but they were spotted together at the downtown Europe.

The paparazzi caught the pair while they were leaving the Grand Hotel Palazzo in Livorno in Rome in December 2015. Similarly, they were spotted again around the religious building of Rome.

Well, till date their relationship has not got officially confirmed, but through their social media, one can easily get hold of their existing relationship. But Matt and Roberta have not yet bonded themselves in the relationship of husband and wife nor has Matt proposed his lady for marriage.

But through their posts, it is clarified that they are madly in love with each other and she is the right person to move on the new phase of his life.

Roberta and Matt are together for three years

So maybe in the upcoming days, Matt will propose his lady love and will get married to her in a lavish wedding or a private ceremony in the presence of his family and friends. So, we are waiting for the big day announcement of his marriage and pray for the longevity of his relationship. The relationship is really inspiring to all the youths.

His previous love life fails due to several reasons

Before getting involved with Roberta, Matt dated actress Cameron Diaz in 1995. The relationship between the two initiated while they were working together in the movie,” There’s Something About Mary.” (1998).

After the film, the relationship lasted for about three years and ended in the year 1998. When talking about the reason for break up, Matt in 2006, stated about his love towards his career rather than for Cameron. As posted by us magazine, Matt said,

“I was dissatisfied with where I was as a man, with my relationships, with my career. Like a lot of guys, I was driven by my work. It’s a very powerful thing when you feel that way about somebody. Cameron was a muse for me. I hadn’t been in any deep emotional relationships.”

His love life after Cameron

After Cameron, Matt dated Hollywood actress Heather Graham in 1988. They have not revealed any of their dating details, but they worked together in the movie Drugstore Cow Boy in 1989.

The relationship lasted for only a year and ended in 1989. However, they have spotted together again in the after Oscar party together in West Hollywood, CA in 2000.

You may like to read RHONY’s Sonja Morgan Reveals She Once Had a ‘Sloppy’ Fling With Jack Nicholson: ‘So Much Fun’!!

Some of his private love life

Similarly, in 1980, Matt was linked with actress Brooke Shields. The relationship possibly sparked while their paths crossed while filming “My Bodyguard.” With no dating details revealed by them, it is said that they had eventually separated in 1981, right after a year of dating. Brooke Shields is married to Chris Henchy since April 4, 2001.

Also read Jason Silva is unable to turn his girlfriend into his wife. Let’s find the relation status!

Matt Dillon is an American actor and film director who is immensely popular for his work as an actor in the film ‘Crash’ for which he was nominated and won various award gaining critically acclaimed from the viewers. He is also known for his roles in movies like ‘Drugstore Cowboy’ (1989), ‘Singles’ (1992), ‘The Saint of Fort Washington’ (1993), ‘Beautiful Girls’ (1996), ‘In & Out’ (1997), etc. More bio… 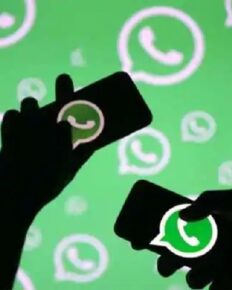 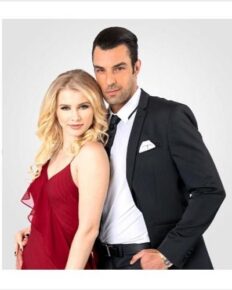