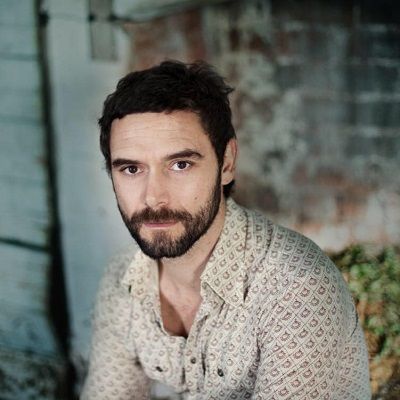 What is the relationship of Matt Glass?

So far, Matt Glass has not disclosed anything about his personal life. So, there is no concrete information regarding his marital status, girlfriends, etc.

Who is Matt Glass?

Matt Glass is an American musician and an award-winning filmmaker. He has written and directed several short and long movies and musicals.

Also, he has worked with several labels in making a lot of music and is very active in the field of photography.

Matt attended Weber State University, which is a public university in the western United States, located in Utah, north of Salt Lake City. Later, he received his Masters of Fine Arts degree from the Cranbrook Academy of Art.

Glass is a multitalented artist who has been working in different fields of art, be it music or film industry he has had his hand in it. He started his career as a drummer for the band, The Brobecks in 2003. In 2005, he left the band to pursue his degree in Photography.

Since then, he has performed with and recorded several bands including Michael Gross and The Statuettes
and The Lazy Waves. Similarly, he has composed music for several films and documentaries including the Emmy Winning documentary Fallujah: Art, Healing and PTSD.

Similarly, Matt has also had his hands dirty in the film industry. In 2012, Matt released Citadel monochromatic puppet-filled short film inspired by cerebral horror films of The 1970s. In late 2014, Matt wrote and directed Good Morning, a musical, short film featuring singing puppets and a brutal crime. Not only in films but Matt has also directed several music videos for bands like The Statuettes, Rotten Musicians and Timeflies.

Matt Glass is a very talented photographer and film director. He has been featured in several magazines and was an honorable mention in American Photo’s Images of the Year competition in 2007 and 2008.

In 2017, Rain, a film written and directed by Matt was released. It was an official selection in the Atlanta Film Festival and the National Puppetry Festival.

In 2017, Matt won an Emmy Award for his direction on the TV-series Lost LA for KCET. The hour-long documentary he co-directed with Jordan Long titled Fallujah: Art, Healing, and PTSD received an Emmy Award for Best Entertainment Programming.

According to the reports, it is estimated that Matt’s net worth is around $100K- 1M (Approx.) as of 2022. His previous year’s net worth is still unknown to the public as well as his annual salary.

Matt’s primary source of income is Photography. However, currently, there no data on what his salary is.

So far, Matt has not been involved in any controversy or scandals.

The measurements to Matt Glass’s body measurements like his height, weight, etc. are still unknown. His hair is in dark brown color and has green eyes with fair skin tone.

Mia Khalifa Found The Love Of Her Life On A Swedish Chef Despite Her Past; She Auctioned Her Glasses To Help The Lebanon Blast Victim!

Chloe Lattanzi reveals her ‘hourglass waist’ in her new Instagram post, her struggles with body dysmorphia, addiction, anorexia, depression and her difficult childhood! Click on to know more!