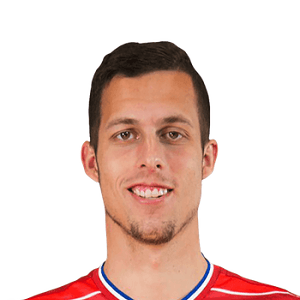 Matt Hedges is a married person. He has a wife named Bea Hedges.

This couple is also blessed with a son named James Michael Hedges.

Who is Matt Hedges?

Matt Hedges is an American professional soccer player. Currently, he is with a team named FC Dallas as a central defender.

He was born on April 1, 1990, in Rochester, New York, the United States as Matthew James Hedges. He holds Caucasian ethnicity.

Talking about his childhood, he grew up with his parents in his hometown. He had a keen interest in soccer from a very early age.

Talking about education, Matt attended Butler University from 2008 to 2010. Later he completed his graduation from the University of North Carolina.

FC Dallas introduced Matt Hedges in the 2012 MLS SuperDraft. In April 2012, Matt made his professional career debut in a win over New England Revolution.

He scored his first goal of 2014 season as a header against Sporting Kansas City. In 2014, Matt was appointed as the captain of FC Dallas. He guided his team to lift the Supporters’ Shield and the Lamar Hunt U.S. Open Cup.

On February 8, 2015, Matt made his international debut in a friendly against Panama. He came as a substitute in the 72nd minute. He was also on the national team when the United States won the 2017 CONCACAF Gold Cup. Matt shared the pitch alongside with Kellyn Acosta and Omar Gonzalez on the defense side.

Concerning his achievements and awards, he has already won the 2017 CONCACAF Gold Cup with his team. Matt was titled as the MLS Defender of the Year in 2016 plus MLS Best XI in 2015 and 2016.

This sportsperson’s estimated net worth is $1 million. His salary is around $44k.

As per the sources, a football player receives an average salary of around $860k per year.

As of now, there aren’t any rumors regarding this soccer player’s personal and professional life.

With a towering height of 6 ft 4 inches, Matt Hedges weighs 86 kg. His hair color and eye color are in light brown color.

Matt is active on social networking sites and has around 4.7k followers on Instagram.