Talking about his relationship details, Matt Jackson is possibly single and he might not be dating anyone at the moment. He seems to be focused on his career and professional life.

Moreover, Matt has been secretive towards his relationship details and affairs news. He has kept his personal profile low-key. 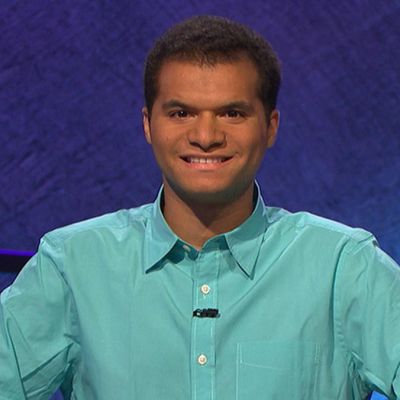 Who is Matt Jackson?

Jackson is widely famed for winning 13 successive games and earning $413,612 the eight-highest total in regular play in different categories.

Moreover, his total winnings ranked him fifth on the all-time money-winning list in regular games.

Matt Jackson was born on 24 June 1992. At present, he is 29 years young star. Likewise, his birthplace is Washington, the USA.

Matt is the son of his father, Darryl Jackson whereas his mother is Amy Berman Jackson. Moreover, he has been secretive towards his sibling’s information in the public till now.

Talking about his nationality, Jackson holds an American identity whereas his ethnicity is African-American, Jewish.

Regarding education, the star attended Georgetown Day School. Later, he majored in philosophy at Yale University and graduated in 2014. While at Yale, the paralegal was a key player on the university’s quiz bowl team which won many national tournaments.

During his university days, Matt served as president of the Partnership for Academic Competition Excellence, a nonprofit promoting the spread of quiz bowl, in 2014-15. The paralegal was influenced to apply for the show via his friend, Sam Spaulding, who won $50,000 after finishing second in the fall 2010 College Championship.

Despite failing twice to enter the college tournament, Jackson auditioned for the regular show in 2014 and was finally selected as a contestant. He studied by analyzing previous champions’ books on the experience, such as Ken Jennings‘ Brainiac and Bob Harris’ Prisoner of Trebekistan.

Initially, Matt dragged the attention for his slow smile while being introduced at the beginning of each show. Post his first victory, Jackson started using his fingers to show the number of wins in his streak. He also became popular for his buzzer speed and for quickly moving onto the next question after giving a correct response.

However, Matt’s 13-episode streak ended with a loss on 14 October 2015. The star earned $413,612 in his 14 episodes. He also became the fourth highest in Jeopardy! regular-play history, trailing only Ken Jennings, Julia Collins, and David Madden.

Other than that, Matt has also featured in the show’s, All-Star Games that featured from 20 February to 5 March 2019.

A famed paralegal, Jackson has earned a handsome amount of money from his profession. He lives a quality lifestyle along with his family.

It is reported that Matt Jackson has an estimated net worth of more than $1million. He is also known for winning 13 successive games and earning $413,612 the eighth-highest total in regular play. He also returned for the 2015 Tournament of Champions and won another $100,000.

However, the model has not disclosed his exact salary, earnings, and assets details till now.

Matt has never been part of any controversial matter or rumors till now. The star has been preoccupied with his professional and private life.

It seems that Jackson prefers enjoying his personal life and does not want to merge it with his professional life.

29 years young star, Matt Jackson has handsome looks and an admirable personality. He has not mentioned his exact height but seems to be more than 5 feet tall.

Furthermore, Jackson has brown eyes whereas his hair is black.

Nevertheless, the paralegal has never mentioned other physical details in the public yet.

Regarding his social media presence, Matt Jackson is not an active personality on social media. Matt has no official Instagram, Facebook, or Twitter accounts at the moment.