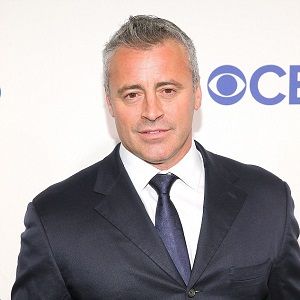 I don't like silk underwear. They don't do the job, you know?

Misery is manifold. The wretchedness of the earth is multiform

As an actor, the biggest compliment you can get, in my book is for someone to believe that you're the character.

Matt LeBlanc is currently in a relationship with Top Gear producer Aurora Mulligan since 2016. The couples have 17 years of age differences and were seen together in the carpet at the Tribeca Film Festival in New York.

He was married in 2003 with Melissa McKnight after dating for 5 continuous years; they together have a baby girl.

Due to various ups and downs, they ended up with divorce in 2006. Matt was previously in a relationship with his long co-star of Joey, Andrea Anders. They started to date each other in 2006 and ended in 2015.

Matt was also in a relationship with Kate Hudson and Teri Copley. Furthermore, he was also hooked up with Jennifer Aniston during the FRIENDS shooting.

Who is Matt LeBlanc?

Matt LeBlanc is an American actor, television host as well as a producer. He played the role of Joey Tribbiani on the TV series Friends, which made him popular around the world.

In 2002, he also won the Golden Globes awards for best performance by an actor in a TV series comedy or musical, favorite actor in TV series, and favorite male television star in 2017 and 2005 respectively. Furthermore, he was also nominated for an ample number of awards.

Matt LeBlanc was born on July 25, 1967, in Newton, Massachusetts, the U.S. His nationality is American and ethnicity is Mixed (French-Canadian, Italian).

He is the only child of Patricia(mother) and Paul LeBlanc(father). After his schooling, he indulged himself in the modeling sector and his first debut was Heinz tomato ketchup after that he also appeared in several series and movies.

Talking about his education qualification he is the alumnus of Newton North High School. After graduating in 1985 he further continued his study at Wentworth Institute of Technology.

Matt LeBlanc acting career began with television commercials for high profile brands such as Heinz tomato ketchup, coco-cola and also appeared in music videos. According to Matt, he was able to acquire house accommodation, a car, and a wardrobe full of clothes.

The very first TV role drama played by Matt was TV 101 which ran for one season. He made his major appearance as Joey Tribbiani in most popular TV series Friends which ran from 1994 to 2004 with 10 seasons. Furthermore, he appeared in the second episode of the series of Top gear, and also played as a fictional version of himself BBC show time which is remade of the American audience.

Since 2016 he has also started in Man with Plan. Matt’s most outstanding movie roles have been lost in space, Charlie’s Angels, and All the Queen’s Men.

He has been honored for enormous numbers of awards for his outstanding performance such as   2 People choice awards, Golden Globes awards, Teen choice awards. Furthermore, he was also nominated for plenty of other awards.

Being a well-known actor his net worth is around $80 million.

Matt has his own production company with partner John Goldstone named as Fort Hill Productions.

There was a rumor that Chris Evans left co-host of the BBC Top Gear, because of friction between Matt and Chris Evans.

There was also rumor that Matt and Jennifer Aniston hooked up during the times on Friends.

Matt LeBlanc has a height of 5 feet 10 inches. His body weighs 77kg. He has brown eyes and salt-pepper hair. Furthermore, there are no details regarding his body measurements.