Talking about his relationship details, Matt Letscher is happily living a married life with his longtime partner, Jennifer Kathleen Price. The couple married on 5 September 1998 in a private manner.

Moreover, the couple is blessed with two children whose identities are still unknown to the public. Matt lives happily with his family without any complications. 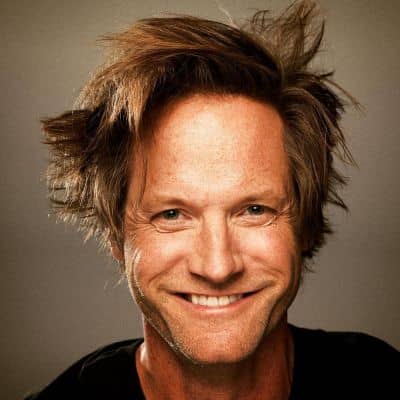 Who is Matt Letscher?

Matt Letscher is a well-recognized American actor, playwright, and director. Letscher is widely famed for his role as Captain Harrison Love in the 1988 American swashbuckler film, The Mask of Zorro, and as Colonel Adelbert Ames in the 2003 American film, Gods and Generals.

Moreover, he is also known for his emergence in the 2016 Michael Bay films, 13 Hours: The Secret Soldiers of Benghazi, The Flash, and Legends of Tomorrow.

Matt Letscher was born on 26 June 1970. At present, he is 51 years young star. Likewise, his birthplace is Grosse Pointe, Michigan, the USA.

Matt is the son of his father, David Paul Letscher whereas his mother is Katherine Marie Moxley. Moreover, he has a younger brother named Brian Letscher.

Talking about his nationality, Letscher holds an American identity whereas his ethnicity is English and Irish.

Regarding education, the actor studied at the University of Michigan in Ann Arbor, Michigan, and completed his studies. He was also a member of the Sigma Nu fraternity and a drama major.

Matt started his acting journey with a role in The Tropic Pickle during the second season of Jeff Daniels‘ Purple Rose Theatre Company in Chelsea, Michigan.

He impressed the producer of the show and was soon featured in the television sitcom, Almost Perfect in 1995. He then appeared as a regular cast member in Living in Captivity in 1988.

Moreover, Letscher was featured in the television films, King of Texas, The Beach Boys: An American Family, While Billie Beat Bobby, and Stolen Innocence. Matt also worked with Daniels in Gods and General. He returned to The Purple Rose Theatre for the world premiere of Landford Wilson’s play, Rain Dance.

The star also became a member of Joey and had a regular role on The New Adventures of Old Christine and other roles as well. In 2012, Letscher performed in the series Bent and Scandal. Next year, he appeared in Devil’s Knot against Amy Adams.

Besides acting, Matt is also known for his writing. In 2007, Purple Rose Theatre Company staged the world premiere of Letscher’s original play Sa of Fools. Likewise, his play Gaps in the Fossil Record was staged at the Pacific Resident Theater in 2009. He also wrote and performed in the comedy pilot, Gentrification.

A famed American star, Letscher has earned a handsome amount of money from his profession. He lives a lavish lifestyle along with his family.

It is reported that Matt Letscher has an estimated net worth of $5 million. He has been active in his profession from the year 1993 till the present.

Matt has never been part of any controversial matter or rumors till now. The star has been preoccupied with his professional and private life.

It seems that Letscher prefers enjoying his personal life and does not want to merge it with his professional life.

51years young star, Matt has handsome looks and an admirable personality. He stands at a height of 6 feet 1inch. Also, he has a balanced body weight of 75 kg.

Furthermore, Letscher has hazel eyes whereas his hair is brown.

Regarding his social media presence, Matt Letscher is an active personality on social media. Matt has more than 73.9k followers on his official Instagram account @realmatletscher.

He is also active on Twitter with around 19.4k followers.

Moreover, Letscher is also available on Facebook at the moment.