Matt Lucas is an English actor, comedian, writer, and television personality. He is best known for his work in series Rock Profile, Little Britain, and Come Fly With Me. 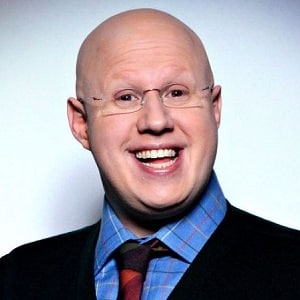 I loved all the camp comics of my childhood, Kenneth Williams and Frankie Howerd and John Inman, but school gave me a very bad feeling about being gay and then, when I was about 12 - bang, along came AIDS. I can't think of a single positive thing about being gay at that time.

With contestants generally ranging from 16 to the mid 20s, the beauty contest was enormously popular entertainment and one of the few talent show formats we've not tried to bring back... yet.

In the Sixties we could smoke to our lungs' discontent more or less anywhere we liked.

I grew up watching Worzel Gummidge (1979) and I loved the physicality of what Jon Pertwee did.

Pingu (1986) is my favourite TV show and I loved the way they used gibberish in that.

Matt Lucas is openly gay. He was previously married to Kevin McGee on 16 December 2006. He and his partner were separated on 22 October 2008.

He lived with his ‘Bridesmaids’ co-star Rebel Wilson from 2012 to 2015. They remain good friends.

Who is Matt Lucas?

Matt Lucas is an English comedian, actor, singer, and screenwriter. People mostly know him for his work on the television show ‘Little Britain’.

Lucas was born as Matthew Richard Lucas in Paddington, London on March 5, 1974. He was born to parents Diana (mother) and John Stanley Lucas (father).

Additionally, he has a brother Howard. His father ran a chauffeuring business. He developed a keen interest in comedy since his childhood years. He is of British nationality. Furthermore, he belongs to the Ashkenazi Jewish ethnic background.

Talking about his education, Lucas attended Aylward Primary School and The Haberdashers’ Aske’s Boys’ School. In addition, from 1993 to 1995, he studied at the University of Bristol. Furthermore, he was also enrolled at the National Youth Theatre.

Lucas landed his first major role in the TV series ‘The Smell of Reeves and Mortimer’ in 1995. In the same year, he also appeared in ‘The Imaginatively Titled Punt & Dennis Show’. He portrayed the role of Danny Mash in the TV series ‘Mash and Peas’.

Some other movies and television series that Lucas has appeared in are ‘A Futile and Stupid Gesture’, ‘Doctor Who’, ‘Stella’, ‘How to Talk to Girls at Parties’, ‘Lindalee’s Doctor Who Review’, ‘Round Planet’, ‘The Labyrinth’, ‘Alice Through the Looking Glass’, ‘Mack & Moxy’, ‘Fresh Off the Boat’, ‘Man Seeking Woman’, ‘Super Fun Night’, ‘Community’, ‘The Look of Love’, ‘Bridesmaids’, ‘Come Fly with Me’, ‘The One Ronnie’, ‘Shooting Stars’, and ‘Rock Profile’ among others.

Additionally, he has also taken part in several stage works including ‘Taboo’, ‘Prick Up Your Ears’, and ‘Me and My Girl’ among others. Furthermore, Lucas also has 18 credits as a writer, 5 credits as a producer. He also has 4 credits as a director.

Lucas has not revealed his current salary. However, he has an estimated net worth of around $10 million at present.

Lucas was part of a controversy after his comments regarding the reason why ‘Little Britain’ will not return for another series angered several fans.

Furthermore, several of his jokes have been termed offensive over the years. However, it is quite normal considering his line of work. At present, there are no rumors concerning Lucas’s life and career.

Talking about his body measurement, Matt Lucas has a height of 5 feet 7 inches and a decent body mass. Additionally, he is bald and his eye color is hazel.

Lucas is active on social media. He has a huge number of followers on social networking sites such as Twitter and Instagram. He has more than 950k followers on Twitter.

In addition, he has more than 46k followers on Instagram.