Matt Reeves is currently married. He is married to Melinda Wang. She is a former animator.

From their relationship, they have a son named Andrew Reeves. The couple is happily married without any rumors of extramarital affairs.

There is no information about any of his past affairs. 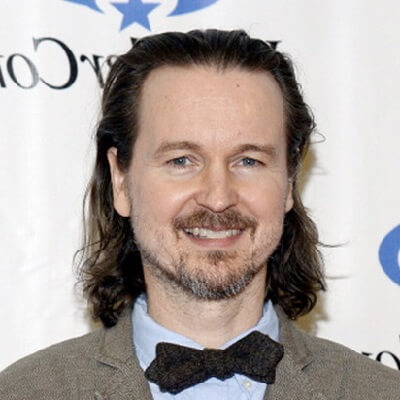 Who is Matt Reeves?

He has not revealed anything about his family background including the identities of his parents and siblings.

His family moved to Los Angeles, California when he was just five years old. Living in Hollywood, he started developing an interest in filmmaking and started making movies at age eight.

When he was 13, he befriended J.J. Abrams, who is also a filmmaker, and together, they made a short film which featured in a public-access television cable channel, Z Channel.

After some years, Steven Spielberg hired the two of them to transfer some of his own Super 8 films to videotape. His ethnicity is Caucasian.

Talking about his educational background, Reeves went to the University of Southern California.

Matt Reeves began his filmmaking career as a screenwriter for the movies Under Siege 2: Dark Territory (1995) and The Pallbearer (1996). The Pallbearer marked his feature-length directorial debut.

Following his initial success, he transitioned into television as a director and co-creator of the TV drama series, ‘Felicity’ (1998–2002) alongside his childhood friend and fellow filmmaker, J.J. Abrams.

He then directed its final part, War for the Planet of the Apes (2017) which was critically acclaimed and grossed over $490 million in the box office.

Following that, he served as the executive producer on the series, ‘The Passage’ and ‘Tales from the Loop’.

Matt Reeves has a massive project in his hands. He is directing and producing a new Batman movie called ‘The Batman’ which is set to release in 2021.

The star-studded cast includes Robert Pattinson as Batman, Andy Serkis as Alfred Pennyworth, Zoe Kravitz as Catwoman, Paul Dano as The Riddler, and so on.

It has already become one of the most anticipated movies of 2021 and people are excited to see if Reeves can replicate the success of Christopher Nolan’s own Batman trilogy called ‘The Dark Knight Trilogy’ which is widely regarded as one of the best movie trilogies of all-time.

Matt Reeves has an estimated net worth of around $5 million as of 2021. Although he has not revealed his exact annual salary, on average, a director in America earns around $73k a year.

However, his salary is expected to be much more than that as some of his movies such as the Dawn of the Planet of the Apes were highly successful in the box office.

Moreover, he is also expected to pocket a large sum of money from the upcoming Batman movie.

Reeves has not been involved in any type of controversy as of now. He has simply focused on his career and keeps himself away from any kind of controversy.

Some people did raise their eyebrows when he was announced as the director and producer of ‘The Batman’ after Ben Affleck turned down the offer.

Reeves stands at a height of around 5 feet 8 inches and weighs around 75 kg.

His hair color is brown and he has a pair of blue eyes.

Reeves is active on social media.

You may also like to read more about the Bio, Career, Net Worth, Body Measurements, and more about Ben Affleck, Robert Pattinson, Zoe Kravitz, and more.