American country music singer famed for his song, Prayed for You, and his EP Everywhere but On were released in 2019.

Talking about his relationship details, Matt Stell is presently single and he is not dating anyone at the moment. He was rumored to be dating Rachel Bradshaw. However, Rachel confirmed that she had a new boyfriend.

Earlier, Matt Stell was in a relationship with Sophie LeBlanc. The former couple dated for six years ahead of their engagement in December 2018. Matt even proposed to his fiancee at the Jackson Square, New Orleans.

Their wedding was scheduled for December 2019 but they didn’t go through with their plan due to the artist’s busy schedules. 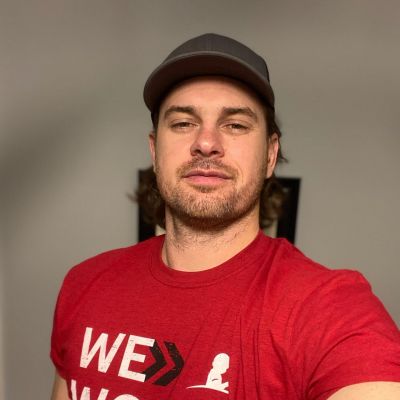 Who is Matt Stell?

Matt Stell is a well-recognized American country music singer, guitarist, and songwriter. Matt Stell is famed for his song, Prayed for You, and his EP Everywhere but On were released in 2019.

Moreover, his son got him the RIAA “Gold” Certification on 16 September 2019.

Matt Stell was born on 19 April 1984. At present, he is 37 years young star. Likewise, his birthplace is Center Ridge, Arkansas, the USA.

Matt is the son of his mother, Lisa Todd whereas his father’s details are still unknown. Moreover, his brother and sister-in-law adopted their daughter named LJ in Late February 2020.

Talking about his nationality, Stell holds an American identity whereas his ethnicity is Caucasian.

Regarding education, the singer studied at Drury University on an athletic scholarship. He also played at the Amateur Athletic Union summer league. Stell then played college basketball for four years. Later, he studied at the University of Arkansas for a master’s degree in communication. Matt then applied to Harvard University’s Extension School part-time pre-med program and was accepted.

Matt Stell began his career as the lead singer of the band in the late 2000s and early 2010s, The Crashers. He released three albums independently: The Sound & the Story, Vestibule Blues, and in March 2013, A River Through It, the latter two of which were on the label 124 Records.

Stell then released an EP titled, Last of the Best on 16 March 2018. He even published the single, Prayed For You which he co-wrote with Allison Veltz and producer Ash Bowers. The song grabbed the attention of Barry Weiss, former president and CEO of Jive Records who signed Stell to his label, RECORDS, in June 2018.

Moreover, his EP, Prayed for You reached No. 36 on Billboards Hot Country Songs chart in February 2019. In March 2019, it ranked No. 54 on Billboard’s Country Airplay chart. The official music video for the song starred reality TV star Savannah Chrisley and her fiance, hockey player Nic Kerdiles.

Additionally, Matt made his Grand Ole Opry debut on 27 April 2019. In the same month, Arista Nashville and Sony Music Nashville joined working to promote his career. He was then presented with the RIAA Gold Certification for “Prayed or You” on 16 September 2019.

A famed American singer, Stell has earned a handsome amount of money from his profession. He has been active in his profession from the year 2006 till the present.

It is reported that Matt Stell has an estimated net worth of $10 million as of 2022.

However, the singer has not disclosed his exact salary, earnings, and assets details till now.

Matt Stell has never been part of any controversial matter or rumors till now. The star has been preoccupied with his professional and private life.

It seems that Stell prefers enjoying his personal life and does not want to merge it with his professional life.

37 years old country singer, Matt Stell has handsome looks and an admirable personality. He stands at a height of 6feet 7inches. Also, he has a balanced body weight of 70 kg.

Furthermore, Stell has hazel eyes whereas his hair is blonde.

Regarding his social media presence, Matt Stell is an active personality on social media. Matt has more than 84.9k followers on his official Instagram account @mattstell.

Matt Stell is also active on Twitter with around 11.5k followers. The star has gained more than 107k subscribers on his official YouTube channel named Matt Shell.