Guidicelli is renowned as Jason Aguinaldo of Can't Help Falling in Love and Lakam of Bagani.

Recently, Matteo Guidicelli married Sarah Geronimo. The wife of the actor is a pop singing sensation.

Their wedding took place on the 20th of February 2020 at a very secret event as Sarah’s mother was not aware of the wedding. One year before, they were engaged.

The lovebirds started dating each other in 2014. 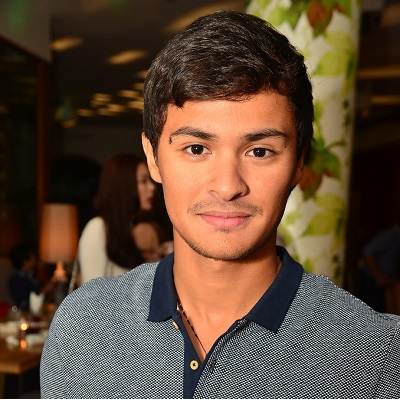 Who is Matteo Guidicelli?

Matteo Guidicellia is a FAMAS Awards winning-actor and model. Guidicelli is renowned as Jason Aguinaldo of Can’t Help Falling in Love and Lakam of Bagani.

Next, he will be appearing in Pedro Penduko as Peter Harris.

Previously, he was a Kart racer.

Matteo Guidicelli was born on the 26th of March 1990 in Cebu City, Philippines. His father, Gianluca Guidicelli is of Italian ancestry and his mother is Glenna Fernan is of Filipino ancestry.

He has two siblings that include a brother, Paolo Guidicelli and sister, Georgia Guidicelli.

He joined Columbia College in Chicago. At the college, he studied performing arts in musical theater.

Following that, he also attended the New York Academy for acting workshops. Also, he enrolled in Brent International School to take the theatre course.

At the tender age of 11, he started his career as a Kart Racer. As a Kart Racer, he has been part of many competitions. Also, he is the three times winner of the title, Kater of the Year.

Despite being a successful Kart Racer, he always had a keen interest in the entertainment world. Due to his curiosity, in the field, in 2006, he debuted in the TC industry with the series, Let’s Go. Following the series, he made in his appearance in the sitcom Go Kdada Go.

In 2007, he became a member of Star Magic. For the TV channel, he featured in the TV series including Kung Fu Kids and Ligaw na bulaklak. Those series became the starting milestone for him as an actor.

After a successful career as a TV actor, he tried to expand his career in the movies too. In the course, he has featured more than 10 movies. Some of them along with the year and character names are-

In 2019, he pleased his life for the nation as the Second Lieutenant of the Armed Force. Prior to that, he had also joined Philippine Coast Guard Auxiliary.

His previous earnings as a Kart racer are $15k or above. Also, her earnings as a second Lieutenant of the Armed Forces are $2.45k.

Also, his huge fans followers on Instagram pay him in the range of 5 digits figures.

The Wedding of the actor turned Army became a hot cake in the town when he punched Jerry Tamara. Jerry is the bodyguard of Sarah.

The incident took place during their secret weeding as Sarah’s mother, Divine doesn’t approve of the marriage. Tamara gave the statement that the actor pushed him as he was the one to inform to Divine.

The matter ended there when the bodyguard didn’t want to file any sorts of the case against him. Despite the controversy, he is happily married to the singer, Sarah. 202

Also, read the affair, salary, the net worth, controversy, and the bio of Billy Crawford, John Lloyd Cruz, and Jhong Hilario.