Matthew Atkinson is an American actor and musician who is best known as Thomas Forrester on the television soap opera ‘The Bold and the Beautiful.

Regarding his relationship status, Matthew is straight and in a loving relationship. He is in a relationship with American movie actress Karissa Lee Staples.

Likewise, They first met on the set of their movie ‘Inspired to Kill’ in the year 2017. Besides this, he has kept other information confidential. 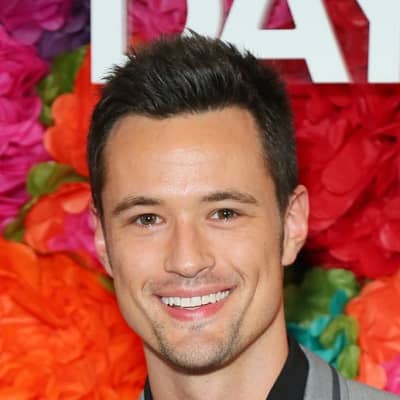 Who is Matthew Atkinson?

Matthew Atkinson is an American actor and musician who is best known as Thomas Forrester on the television soap opera ‘The Bold and the Beautiful’.

Matthew Atkinson was born on December 31, 1988, in Marietta, Georgia, USA. His full name is John Matthew Atkinson. As of 2021, he will be celebrating his 33rd birthday.

His father’s name is Jimmy Atkinson and his mother is Connie Atkinson. He and his parents moved to Alabama and then Mississippi and again to Kennesaw, Georgia where he spent his childhood. Matthew also has an elder brother named paul.

After high school, Atkinson moved to Atlanta to take college courses and again moved to Los Angeles to pursue his career in acting. He is of Native American and Irish descent.

He has an ethnicity of Native American and Irish and American Nationality.

Before making his public appearances on TV he has appeared in several Local theater and Daytime television. He was first featured in his first drama te film ‘One Tree Hill’.

Later, he gained fame and recognition as Austin Travers in the TV soap The Young and the Restless from 2014 to 2015.

Furthermore, he was seen in ‘The Blind Side’, ‘CSI: Crime Scene Investigation’ ‘Young & Hungry’, ‘Inspired to Kill’ and ‘Parenthood.’

At present, he is portraying the role of Thomas Forrester on the television soap opera ‘The Bold and the Beautiful’.

Atkinson has not revealed his salary and as of 2022, he has an estimated net worth of $9 million. Our efforts to get information about his earnings came to no avail as he has not spoken about it.

Matthew is living his life quite simple and uptight. He hasn’t fallen for any controversies or rumors till now.

Matthew stands 6 feet and 1 inch tall and his weight is unknown. He has dark brown hair and brown eyes.

Rowly Dennis
Tags : Actor Musician The Bold and the Beautiful