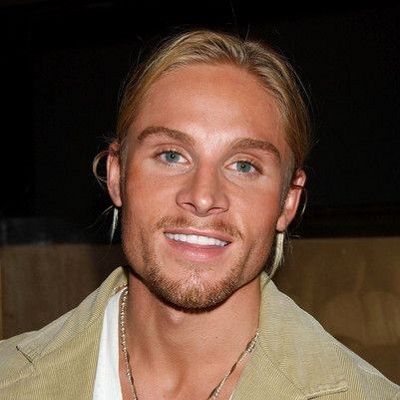 Up to now, Matthew Felker is possibly single. He hasn’t seen dating and isn’t in relation to anyone. He may be more focused on building his career or has kept his love life secret.

So there is no information about his relationships.

Who is Matthew Felker?

Matthew Felker is an American writer, producer, actor, and former model. He is an executive producer and has performed in the Penelope Spheeris directed comedy Balls to the Wall.

It was also featured in the 2018 Netflix film. Moreover, The American Meme he also produced is the 2019 social media documentary ‘’Public Figure’’.

Matthew was born on 11th October 1980 in Brookfield, Wisconsin. His birth name is Matthew Nicholas Felker. Other information regarding his family and childhood days is unknown.

He belongs to American nationality and is of English ethnicity.

Talking about his educational history, he graduated from Arizona State University.

Matthew Felker got his start while attending Arizona State University where he was scouted by Ford Models. His first break was filming a commercial for Häagen-Dazs where he was depicted in a very racy interracial kiss selling cookies and cream ice cream.

As a model, he has worked for The Gap, Iceberg, and Versace, as well as a denim campaign with Joanna Krupaseen in Times Square. He worked in Britney Spears’ hit “Toxic” music video. It was directed by Joseph Kahn. Likely, he also gets a chance to appear in the music video for Fountains of Wayne’s Stacy’s Mom directed by Chris Applebaum. Furthermore, he appears in Dido’s “White Flag” again directed by Kahn, as well as Celine Dion’s “Have You Ever Been In Love” video.

He appeared in an episode and the cast reunion of the short-lived series MTV’s Fear. Felker performs with Chelsea Handler in Dirty Famous. But that didn’t come out.  He has worked for Irene Marie Models, Ford Models, and Elite Models.

Most recently he starred in the Lifetime Penelope Spheeris directed film “The Real St.Nick”. In 2018 he is one of the central characters that the social media documentary “The American Meme” focuses on. The film premiered at the Tribeca Film Festival in 2018.

He is the creator of the Who is Brad Lenz?/ “No Photo” MySpace campaign phenomenon and wrote the upcoming movie of the same name, which is directed by Penelope Spheeris.

Furthermore, while writing the film he trademarked the “No Photo” symbol from MySpace and receives royalty checks from companies that use the image.

Though he received a good appreciation for his works, he hasn’t received any awards yet.

His  2019 estimated net worth is under review. But he must have a good lifestyle as he must have good earning.

Matthew Felker stands at a height of 6 feet. And his weight is unknown. Talking more about his appearances, he has blue colored eyes and blond colored hair.

Matthew is active on social media platforms. He has more than 14K followers on his Twitter account. Moreover, he also uses Instagram and has over 1K followers.

You may also like to read Krystal Ball, Nicole Tuck, and Martha Stewart.