Matthew Fox is an American actor. He is best known for the Party of Five and Lost. He is married and has two kids. 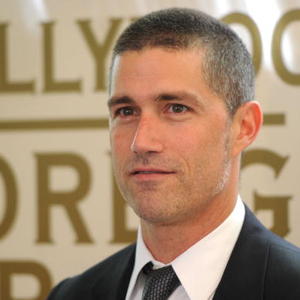 I'm not really a tropical paradise kind of person

I've always been into cars. Cars are part of our genetic makeup. It's unavoidable

A lot of people want to see this idealized version of heroism, all pretty and perfect, and I'm not interested in playing the goody-goody hero at all.

Matthew Fox is a married man. He got married to Margherita Ronchi, on August 1, 1992, they have two children namely, Byron Fox, Kyle Fox.

There is no information about his other affairs.

Who is Matthew Fox?

Matthew Fox is an American actor. He is well known for his roles as Charlie Salinger on Party of Five(1994–2000) and Jack Shephard on the supernatural drama series Lost (2004–2010).

Matthew was born in Abington, Pennsylvania, the United States on July 14, 1966, to parents Francis G. Fox and Loretta B. Fox.

Talking about his profession, Matthew Fox made his debut on an episode of Wings. In the same year, he also starred in a short-lived dramatic series, Freshman Dorm. In fact, he continued to be cast in supporting roles, including the role of Charlie in the CBS Schoolbreak Special series: If I Die Before I Wake.

Likewise, he made his big-screen debut in My Boyfriend’s Back (1993). In 1996, People Magazine named Fox one of the 50 Most Beautiful People in the World. Likewise, he also played the role of the dedicated yet troubled surgeon, Dr. Jack Shephard, on Lost.

Eventually, in 2006, he also hosted Saturday Night Live with musical guests Tenacious D. In the same year, he co-starred with Matthew McConaughey in the sports drama, We Are Marshall. Whereas, he also played a bit part in the action film Smokin’ Aces and starred in the 2008 thriller, Vantage Point. In 2008, Fox starred as Racer X in the movie Speed Racer. Moreover, he has repeatedly stated that he is “done with television” after Lost.

Therefore, in 2011, he also starred in the stage play In a Forest, Dark and Deep with Olivia Williams in London’s West End. He also co-starred in Alex Cross (2012), as the villain, Michael “The Butcher” Sullivan/”Picasso”.

He also developed an extremely muscular physique for the role and shed most of his body fat. Similarly, he also appeared very briefly in the 2013 film World War Z which starred Brad Pitt. Whereas, he starred in the film Extinction (2015), directed by Miguel Angel Vivas, in the adaptation of Juan de Dios Garduno’s bestseller book.

Talking about his lifetime achievements and awards, he won Saturn Award for Best Actor on Television for Lost (2004).

There is no information regarding his salary. His net worth is around $ 20 million.

There isn’t any information related to his professional and personal life. He is far from rumors and controversy.

Talking about his body measurements, Matthew Fox has a height of 6 feet 2 inches. Additionally, he weighs is 81Kg. His hair color is dark brown and his eye color is light brown.