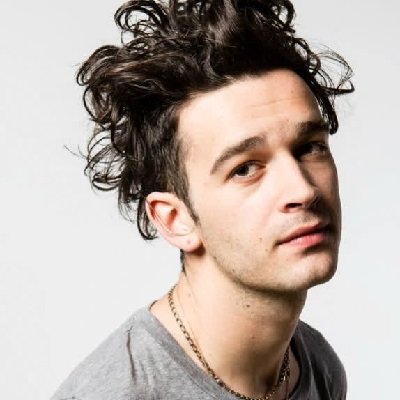 Previously, he was in a long-term relationship with the German model, Gemma Janes. However, the couple parted their ways in 2014.

He was also linked with Gabriella Brooks. But she broke up with him due to his partying habits.

Also, there were rumors that he was in a relationship with Taylor Swift. However, they never confirmed their affair.

Who is Matthew Healy?

British Matthew Healy is a musician and singer. He is renowned as the lead vocalist and guitarist of the band, The 1975.

Last, on 22 May 2020, his band launched its fourth studio album, Notes on a Conditional Form that peaked at the 4th position on Billboard.

Matthew Healy was born on April 8, 1989, in London, United Kingdom. His birth name is Matthew Timothy Healy. He is of Southern Irish ethnicity with British roots.

His father, Tim Healy is a TV actor by profession. He is popular from the ’80s TV series, Auf Wiedersehen as Pet. Also, his mother, Denise Welch is a soap opera actress.

She is widely recognized as the Natalie Barnes of the soap opera, Coronation Street. His parents parted their ways via divorce in 2012.

He has a younger brother, Louis Healy. Louis is also a TV actor. Since childhood, he was in love with music. He was just four years old when he first played the drums with his father. After that, he started developing a passion for music.

Moving toward his academics, he completed his High School education from the Wilmslow High School. In the High School, he used to go for jamming along with his friends, Ross MacDonald, Geroge Daniel, and Adam Hann.

At the time, he started playing rock and pop covers. Soon after that, he also started writing his own music.

In 2002, Matthew Healy started his musical journey professionally with the band, The 1975. The member of the band includes his friends, Ross, Geroge, and Adam. After forming the band, they started playing in the local pubs.

In 2012, he came into the limelight when the band released their first EP, Facedown along with recording label, Dirty Hit with 4 tracks. The song, The City from the EP became the track that introduced them to the music world. The love that they obtained through the EP inspired them to take music more seriously.

Moving forward, the band released their self-titled debut album under the recoding label Dirty Hit Polydor, Vagrant, and Interscope. The album peaked at the 28th position in US Billboard and 1st in UK Albums. The albums also received the 2X Platinum certification in BPI.

After the success of their first album, they launched his 2nd studio album, I Like It When You Sleep, for You Are So Beautiful yet So Unaware of It. The album also became commercially successful with songs like Love Me, She’s American, Somebody Else, and The Sound. The album also peaked at the 1st position in the US Billboard.

Moving forward, in November 2018, the band released its third studio, A Brief Inquiry into Online Relationships. Recently, the band launched its fourth album, Notes on a Conditional Form with 22 tracks for 80 minutes. The album happens to be the longest album of the band till now.

As of 2020, he has an estimated net worth of $15 million. His earnings as a singer are in the range of $22k to $208k. Besides that, he also makes through his musical tours and royalties of his music.

In May 2020, he faced the backlashes online for his Twitter Tweet. After the death of George Floyd, he wrote a sensitive criticism of the all lives matter slogan. On Twitter, he wrote that if you truly believe in the slogan, you need to stop facilitating the end of black ones.

Following the message, he linked his own band’s songs, Love It If We Made It. For that, he was highly criticized by fans who accused of making the death of George Floyd about himself. After that, he deleted his Twitter account.

In the social media platform, he is following the personalities like Riz Ahmed, Brian Eno, and Nyjah Huston.

You may also read the bio of Carlin Bates, Allen Iverson, and Damaris Lopez.