Matthew Lewis is a married man. He is married to American actress Angela Jones. The pair were in a long-distance relationship for a couple of months. They married on 28 May 2018. The couple’s marriage is going strong as there is no news regarding any extramarital affairs at present. 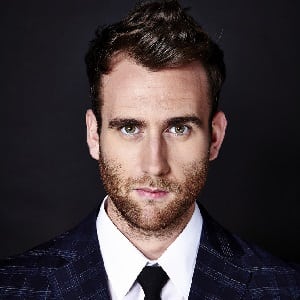 The fame stuff, the kind words from websites and things, are very flattering and lovely, but I just wanna act.

The great thing as an actor is that I don't know what my agent is going to call me with next.

I get too excited about football and rugby.

I wasn't attractive when I was growing up, and I don't think I am now.

I get recognized now and again, but the paparazzi aren't following me around.

Who is Matthew Lewis?

Matthew Lewis is an English film, television and stage actor. People mostly know him for his role as Neville Longbottom in the ‘Harry Potter’ films. Additionally, he also appeared as Jamie Bradley in ‘The Syndicate’ and Corporal Gordon House in the comedy-drama ‘Bluestone 42.’

Lewis was born as Matthew David Lewis in Leeds on June 27, 1989. He was born to parents Adrian Lewis and Lynda Needham. Throughout his childhood years, he grew up in the nearby town of Horsforth. He has two brothers Chris Lewis and actor Anthony Lewis.

Matthew is of British nationality. Furthermore, he belongs to the mixed ethnic background of Irish, English, and Welsh.

Lewis initially began acting since he was five years old. In 1995, he had a minor role as Davy Plessey in the movie ‘Some Kind of Life.’ In addition, he also had roles in ‘Dalziel and Pascoe’, ‘Where the Heart Is’, and ‘City Central.’ He appeared as Alan Quigley in the TV series ‘Heartbeat.’ Since then, he has appeared in several other movies and television series. All in all, he has over 30 credits as an actor.

Lewis garnered the Gold Derby Award nomination in 2012 for his appearance in ‘Harry Potter and the Deathly Hallows: Part 2’ which he shared with other cast members.

Lewis has not revealed his current salary. However, he has an estimated net worth of around $ 10 million at present.

Lewis became part of controversy after JK Rowling expressed her reaction to Matthew’s raunchy boxer-clad shoot for Attitude magazine. At present, there are no rumors concerning his life and career.

Talking about his body measurement, Lewis has a height of 6 feet (1.83 m). Additionally, he weighs around 71 kg. In addition, his hair color is dark brown and his eye color is green.

Lewis is active over social media. He has a huge number of followers on social networking sites such as Instagram and Twitter. He has more than 1M followers on Twitter. In addition, he has over 1.5M followers on Instagram.