Matthew McConaughey is an American actor and producer. He is married and has three kids.

Matthew McConaughey dated Ashley Judd who played in the same movie “A Time to Kill” as husband and wife. They started dating each other at that time. Eventually, they broke up the same year after dating for a couple of months.

Matthew dated Sandra Bullock, they saw each other for about a year from 1996 to 1997 and then they parted their ways. In one of her interviews after she broke up with Matthew, Sandra said that she officiously couldn’t find luck in her love life.

They met each other at the 2002 Grammy Awards. Since then, they were seen in different places together; for example Balboa Steakhouse in Los Angeles. Eventually, they parted their ways in March 2002.

Matthew and Penelope Cruz started dating while they were on set for the movie “Sahara.” The couple dated for about a year before they broke up. The reason as both the actors revealed was the little time they were spending together due to their busy schedules.

Matthew dated Cassandra Hepburn Both actors met each other in 2007 on the set of Surfer Dude in Malibu and shortly. The reason why they broke up the same year isn’t known because they kept their relationship a secret.

In April 2007, Camila Alves who is a model commenced dating well-known actor Matthew after they met each other for the first time in a bar in West Hollywood known as Club Hyde. Camila said that at first, she didn’t know who actually Matthew is, because of his long beard and Rasta hat, he was wearing.

But eventually, she got to know that she was interacting with well-known actor McConaughey. These two dated for quite a long period of time until they finally married each other on June 9, 2012.

They’ve had a 3-day long wedding extravaganza on their property in Texas, where they invited quite a long list of well-known actors and models. 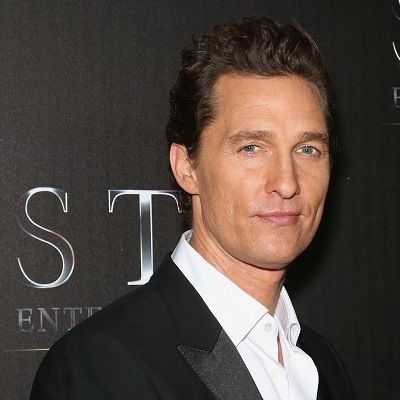 My best quality is that I'm a big hearted person. I'm resilient, too. My worst quality is selfishness, although everyone is guilty of that to an extent. Everyone should be, I think -- you need to respect yourself.

Traveling is a great love of mine. I love South America and Africa. I'm your ultimate backpacker when I'm away. It's just me and my backpack. It's good for getting away from the industry.

Who is Matthew McConaughey?

Matthew McConaughey is an American actor and producer, who first tasted stardom with the critically successful film, ‘Dazed and Confused’.

His family relocated to Longview, Texas, the United States. Whereas, McConaughey’s mother and late father married each other three times, having divorced each other twice. His dad passed away in the year 1992, due to a heart attack while making love to his mom.

Talking about Matthew’s education history, he went to Longview High School. Then, he went on an education exchange program for a year to Warnervale, New South Wales, Australia.

He was a Rotary exchange student. He later attended the University of Texas at Austin College of Communication.

In the year 1993, he graduated from the University of Texas with a B.S. degree in Radio-Television-Film. In university, he was a member of the Delta Tau Delta International Fraternity.

Talking about his profession, in the year 1991, Matthew McConaughey began his career in the entertainment business. He appeared in a series of TV commercials, before begging for himself a role in the coming of age comedy film, ‘Dazed and Confused, which earned immense critical acclaim.

He was seen in minor roles in a series of films like, ‘Texas Chainsaw Massacre: The Next Generation, ‘Boys on the Side’, ‘Angels in the Outfield’, and the TV series ‘Unsolved Mysteries’.

In the year 1996, he got his big break in the Joel Schumacher thriller film, ‘A Time to Kill’, in which he played the role of a lawyer ‘Jake Brigance’. This critically acclaimed film was an adaptation of a John Grisham novel of the same name. In 1999, he played the role of, ‘Ed Eddie Pekurny’ in the American comedy film ‘EDtv’, directed by Ron Howard.

In the year 2003, he appeared in the TV series documentary, ‘Freedom: A History of Us’. In 2005, he played ‘Brandon Lang’ in the film, ‘Two for the Money’, and also acted in the action-comedy adventure film, ‘Sahara’. He played the voice of ‘Al Bean’ in ‘Magnificent Desolation: Walking on the Moon 3D’, a 3D documentary film.

In 2009, he starred opposite Jennifer Garner in the romantic comedy film, ‘Ghosts of Girlfriends Past’. The film was a commercial success but received negative reviews from critics.

In the year 2010, he starred in the American TV comedy series, ‘Eastbound & Down’, broadcast on HBO. In 2012, he played the title role in the coming-of-age drama film, ‘Mud’, directed by Jeff Nichols.

In the year 2013, he appeared in the biographical drama film ‘Dallas Buyers Club’. He received appreciation and success for portraying a cowboy diagnosed with AIDS in the film. In 2013, he starred in ‘The Wolf of Wall Street as well. He appeared in the 2014 HBO crime anthology series True Detective.

There was a rumor about Matthew McConaughey and Victoria Beckham “got flirty” backstage at “Good Morning America” when they both appeared as guests on the show.

The outlet alleged that the fashion designer’s marriage to David Beckham was on the verge of ending, so she got close to McConaughey, who was supposed “very receptive” to her “advances.”

The tabloid failed to mention that Victoria raved about her husband during her “GMA” appearance, calling the former soccer star her “soulmate,” a “great husband” and a “fantastic dad.”

Matthew McConaughey has a height of 6 feet and he weighs is 82Kg. Additionally, his chest, waist, and biceps sizes are 46-34-16.5 inches respectively.

His hair color is light brown and his eyes color is blue.

But, he doesn’t have an official page on Instagram.