Matthew Morrison is a dancer, actor. Matthew is married and has a daughter with his wife.

Matthew Morrison is a married man as of now. He is married to actress, Renee Puente. The couple started dating in 2011. After more than a year of dating, they got engaged on June 27, 2013. They created an incredible bonding between them that lead to their marriage on October 18, 2014.

The wedding ceremony took place at a private home on the island of Maui. This couple is blessed with a child named Revel James Makai. He was born in 2017.

Before this marriage, he was engaged to actress, Chrishell Stause. They got engaged on December 9, 2006, but things didn’t work out between them. 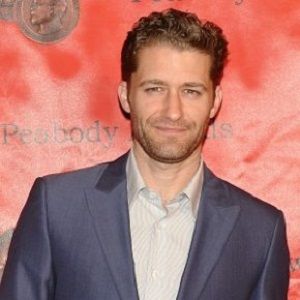 You don't want to play a perfect person

no one cares about that

It's pretty amazing being me.

Who is Matthew Morrison?

Presently, he is a prominent figure in the media as the star of an American musical comedy-drama television series, “Glee”. He portrayed the role of Will Schuester in the series.

Matthew Morrison was born on October 30, 1978, in a former United States Army post, Fort Ord in the state of California. He belongs of Scottish descent and his nationality is American.

His birth name is Matthew James “Matt” Morrison. He was born to his parents, Mary(mother), and Tom Morrison(father). Although he was born in Fort Ord, he was raised in Chico, California.

Matthew Morrison started his career right after dropping out of New York University’s Tisch School of the Arts. He joined the cast of the Broadway adaptation of “Footloose”.

It was the musical version of “Footloose”. Afterward, he starred in other Broadway shows like, “Hairspray”, “Tarzan”, “Finding Neverland”, and others.

Per his film career, he made his debut in 1999 in a film, “Bob Rizzo’s Simply Funk with Suzanne”. The same year he also starred in an episode of a TV series, “Sex and the City”.

Additionally, he appeared in films like, “The Muppets”, “Music and Lyrics”, “Underdogs”, and so on. Similarly, he also starred in TV series like, “CSI: Miami”, “Numb3rs”, and others.

His major mainstream success came after he joined the cast of the TV series, “Glee” in 2009. He portrayed the role of Will Schuester in the series from 2009 to 2015.

Presently, he earns a pretty good amount of salary and has an estimated net worth of $10 million.

Matthew was part of rumors that fueled his affair with Glee co-star Lea Michel. Later, he denied such an affair. Back in 2011, he was part of controversy warning actor Jonah Hill to not mess with him. Presently, he is free of any rumors that surround his personal and professional life.

Matthew Morrison has a height of 5 feet 11 inches. His body weighs 76kg. He has light brown hair and hazel eyes.

Why was Matthew Morrison Fired from SYTYCD?

The Glee star Matthew Morrison dated model Renee Puente since 2011. After two years of dating, the pair got engaged and then married