Posted by MarriedBiography Posted on June 2, 2021 | In Dating , Relationship
Share this 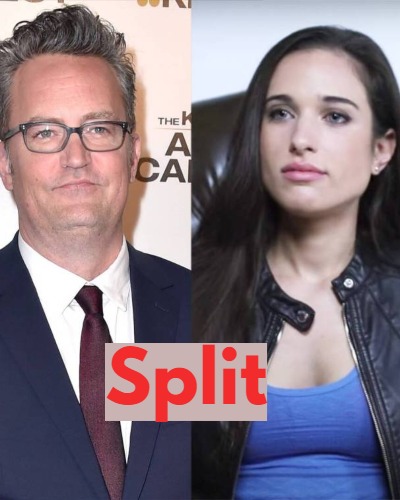 Matthew Perry is back to being single! Matthew and his fiance Molly Hurwitz have ended their engagement. They have decided to part ways as this did not work out. The couple had engaged back in November 2020. Matthew revealed,

“Sometimes things just don’t work out and this is one of them. I wish Molly the best.”

The couple had started dating each other back in 2018 and after almost two years of dating the couple announced their engagement. They were pretty serious about their relationship. But Matthew has been part of some dating site controversy which might have been the reason for their split.

Also read Matthew Perry got engaged to his girlfriend Molly Hurwitz! List of hottest women Matthew has ever dated

At the time of engagement with Molly he announced,

“I decided to get engaged. Luckily, I happened to be dating the greatest woman on the face of the planet at this time.”

Matthew and his F.R.I.E.N.D.S co-star had an amazing reunion recently but the love life of Perry ended soon after that. Recently, Kate Haralson went to TikTok to reveal that she had matched with Perry when she was 19 on the dating app Raya. All these things might have led to their relationship being bitter. Matthew and Molly have not revealed the actual reason for their split.

Also read Why did dating site Raya kicked out Kate Haralson? Did she date Matthew?

Matthew is a Canadian-American actor as well as known for the role play as Chandler Bing in a TV series known as F.R.I.E.N.D.S.

He has also appeared in numerous movies including The Whole Nine Yards, Numb, Three to Tango, and many more. Furthermore, Perry is also a co-creator, co-writer of Mr. Sunshine. Read more bio…

Crystal Kung Minkoff Explained The Story Behind Arrest Warrant In Arizona; Get To Know Her!
Tags : Actress F.R.I.E.N.D.S