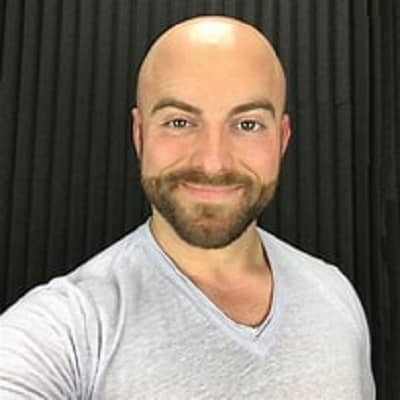 whether you made the world a better place. Not the number of cars you own

“Nobody will ever be a greater enemy to you than you. Get out of your own way and you will be amazed at what you can accomplish

At present, he is single and not dating anyone currently.

But, previously, he was in a relationship with fellow You Tuber Nicole Arbour.

Who is Matthew Santoro?

Matthew Santoro is a former YouTuber, social media influencer, and streamer. Further, he is famous for his top ten lists and “50 amazing Facts” videos on his main channel.

In addition, he has received Fifth Annual Streamy Awards for Breakout Creator.

Moreover, he inherits Canadian nationality and belongs to the mixed (Italian-French- Canadian) ethnicity.

Talking about his parents, his father is of Italian descent and his mother is French-Canadian. Other information regarding his parents and siblings is not uploaded yet.

Matthew has graduated from Brock University with a Master of Accountancy in 2010.

Primarily, he began his career by making videos on YouTube in 2010. He has been a special guest narrator on Cinema Sin’s series named Everything Wrong With. Likewise, he was featured in the Underworld: Evolution video which was published on October 10, 2014.

Similarly, he collaborated with Matthias, creating a song, “The Booty Song”, and Barely Political in their video, “YouTube Complaints 2015”.

Moreover, he released the 100th episode of his “50 Amazing Facts” video Series; for the occasion.

Besides that, he is the host of Quest Nutrition’s “Food for Thought” web series. The first episode was premiered on May 28, 2015, titled “10 INCREDIBLE Facts About Chicken.

Furthermore, he has obtained a global publishing deal from Penguin Books for his book, titled Mind=Blown, which was released on August 9, 2016.

While focusing on his net worth, he has an estimated net worth of $3Million. Santoro earns money through his profession.

He has a decent height of 5feet 6 inches tall and has weight is of 68Kg.

Likely, he has his own YouTube channel with named 6.24Million followers.