Is Matthew Tyler Vorce Dating or Not?

Matthew Tyler Vorce is currently single. On 31 May 2022, the news of his separation from Billie Eilish broke up.

The couple’s split was confirmed by Vorce who took to Instagram to react to the same and also addressed the cheating rumors that had been doing the rounds. Matthew in his story also seemed to call out Eilish’s fans who supposedly flooded him with messages over their breakup.

They started seeing each other in April 2021. Even they were seen attending the events and making public appearances together. 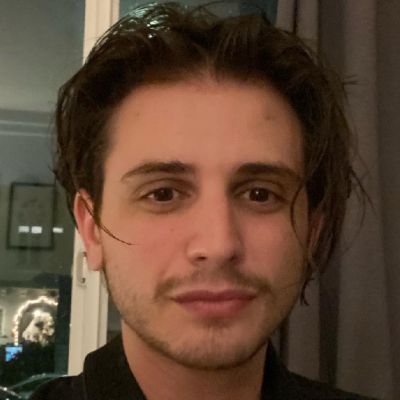 Who is Matthew Tyler Vorce?

Matthew Tyler Vorce is an American actor, theatre artist, television personality, writer, and entrepreneur. He rose to fame after appearing as a cast member in the 2016 movie, ‘Mother May I Sleep in Danger?.’

In 2021, he also starred in the short movie, ‘The Curse of Frank Sinatra.’

Currently, he is in the limelight after the actor, made confirmation about his breakup with Billie Eilish.

Matthew Tyler Vorce was born in the United States on September 10, 1991. Tyler Vorce is 31 years old as of 2022 and holds an American nationality. He is of mixed ethnicity and has a Virgo as a birth zodiac sign. In addition, he follows Christianity as the main religion.

He went to Groundlings and Playhouse West Studio 4, where he took acting training.

There is no info about his parents, siblings, and further educational life.

Matthew Tyler Vorce began his career as a theatre artist. He made participation in different theatre productions. In 2012, he soared to fame after appearing in Little Monsters.

Besides that, he has appeared in various TV shows and movies like Dark Hours: Typee, Mother, May I Sleep with Danger?, Blood Alley, Urban Death, Blue Man Group, and many more.

Besides him, his former partner, Billie Eilish has accumulated a successful career as a songwriter, singer, plus model.

Talking about her profession, the song ‘Ocean Eyes’ was recorded in October 2015. It was initially meant for Billie’s dance classes. Additionally, she handed over the song to her dance teacher and meant it to be featured in her next dance routine.

It turned out to be another success. Similarly, several major record labels came ahead to buy the rights to the song.  Eventually, toward the end of the year, Billie released another single, ‘Six Feet Under.’

In 2017, Billie announced her highly awaited debut EP, ‘Don’t Smile at Me.’ Moreover, before the official release of the EP, she released two singles from the same, ‘My Boy’ and ‘Idontwannabeyouanymore.’

In the same year, she collaborated with Vince Staples and released a remix of her song ‘Watch,’ which was renamed ‘&Burn.’ In order to promote herself more, she embarked on a tour in January 2018. The tour ended in August 2018.

Whereas, the song became immensely popular and made the producers of ‘13 Reasons Why’ buy its rights and feature it in the second season of the series.

According to the source, Matthew Tyler Vorce has a net worth of around 300K USD while his salary and income have not been disclosed.

On June 01, 2022, there was news that Billie Eilish and Matthew Tyler Vorce parted ways after dating for approximately a year.

The couple’s split was confirmed by Vorce who took to Instagram to react to the same and also addressed the cheating rumors that had been doing the rounds. Matthew in his story also seemed to call out Eilish’s fans who supposedly flooded him with messages over their breakup.

The actor stands at the height of 5 feet 10 inches and weighs around 70 Kg. Adding more, Matthew Tyler Vorce has a fair complexion with a pair of brown eyes and hair of the same color.

Matthew Tyler Vorce is present on Instagram under the username, @corduroygraham having more than 57.5K followers.