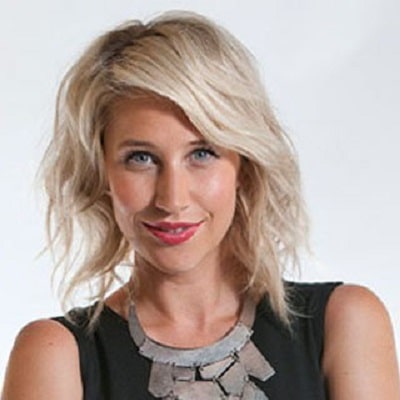 Maude Garrett is currently in a relationship with Sam Bashor. Sam is a writer, host, and Founder of Geekbomb.

In 2016, Maude and Sam made their relationship official. The couple often goes for movie and dinner dates and tweets the details on their social media handle.

Who is Maude Garrett?

She is also a founder of Whut Clothing.

Maude was born Maude Elizabeth Garrett on 6 March 1986 in Darwin, Australia and raised in Brisbane.

She is the niece of Peter Garrett. Peter is a Cabinet minister and Midnight Oil frontman-turned-politician.

She completed her high school from Somerville House, South Brisbane.

In 2006, Maude began her career from Nickelodeon Australia.

In the same year, she was the Celebrity Burp Judge for the Nickelodeon Australian Kids’ Choice Awards.

In 2009, Maude hosted the Southern Star television program The Pursuit on the Nine Network and then made a guest appearance on a special sci-fi themed edition called Talkin’ ‘Bout Your Generation.

In 2010, she began presenting the latest celebrity gossip on The Dirt in 2Day FM after which she began co-hosting The Hot30 Countdown.

In 2011, she co-hosted the series Save Point and then made a guest appearance on the show Can of Worms.

Her net worth is around $400k USD. As a television presenter, she earns an average salary of AU$80K.

She announced that she’s not going to use the YouTube channel, SaourceFed Nerd on August 18, 2016, and in 2017, her own channel Geek Bomb hit the milestone of 100,000 subscribers on YouTube.