Celebs do not want to reveal each and everything about their personal life. Some of them do not get hesitate to tell whereas some tell in a frank way. Likewise, celebrities prefer their personal life to remain a secret, but when a person rises to fame and become a celebrity, the person’s private life is bound to create headlines whether one likes it or not.

In an interview with the NewYork Magazine, Maureen Dowd revealed that her mother was worried about her youngest daughter’s marriage because even at the age of 53 Maureen was not living with a boyfriend or married. Maureen divulged,

“I know she always worried about it because I was her baby, and also I’m a little . . . scattered,”

Likewise, she shared that her mother had brought the topic of boyfriend and marriage before she passed away, but Maureen assured her mother that she would work on it. Recalling the moment, she said,

“She did bring it up right before she died. I wish I could have put her mind at rest; I think she would have loved that. But everybody doesn’t get everything. I told her I would work on it.”

But she was not always alone. Maureen had dated actor Michael Douglas in 1998, who she describes as a nice and a romantic guy. Similarly, she shared a humorous instance where Michael said he was not afraid of her. She elaborated,

“Whether he can handle a woman who wields ice picks? I used to tease him about that. Sometimes actors ask me out, and then I’m worried because they can act like they’re not scared of me, or threatened? But then maybe later they are. I remember him announcing at dinner, like way after we knew each other: ‘I’m not scared of you.’ But it made me nervous that he had to tell me.”

Besides Michael, she has dated Aaron Sorkin, but it seems that she would not settle down until she gets her soulmate, whom she could call her husband.

Young Maureen Dowd began her career as an editorial assistant for “Washington Star” in 1974 and now is working as a columnist. Talking to The New York Times on March 2017, Maureen poured her opinion on President Donald Trump and his promises through an article where she wrote,

“You promised to get the best people around you in the White House, the best of the best. In fact, “best” is one of your favorite words.”

“Instead, you dragged that motley skeleton crew into the White House and let them create a feuding, leaking, belligerent, conspiratorial, sycophantic atmosphere. Instead of a smooth, classy operator like James Baker, you have a Manichaean anarchist in Steve Bannon.”

Reminding Mr.Trump about his promises, she stated,

“And neither did you, despite all your promises to replace Obamacare with “something terrific” because you wanted everyone to be covered.

Instead, you sold the D.O.A. bill the Irish undertaker gave you as though it were a luxury condo, ignoring the fact that it was a cruel flimflam, a huge tax cut for the rich disguised as a health care bill. You were so concerned with the “win” that you forgot your “forgotten” Americans, the older, poorer people in rural areas who would be hurt by the bill.”

Back in June 2014, Maureen Dowd shared her encounter with marijuana contained in an innocent-looking candy bar, which she brought at a legal marijuana dispensary in Denver. Recalling the moment, she stated,

Sitting in my hotel room in Denver, I nibbled off the end and then, when nothing happened, nibbled some more. I figured if I was reporting on the social revolution rocking Colorado in January, the giddy culmination of pot Prohibition, I should try a taste of legal, edible pot from a local shop.

Maureen thought that a bite or two of the candy bar could not go wrong and shared that she felt nothing in the first hour, ordered dinner in her room and returned to eat the more mundane drug.

Not at first. For an hour, I felt nothing. I figured I’d order dinner from room service and return to my more mundane drugs of choice, chardonnay and mediocre-movies-on-demand.

She further continued explaining the effect of innocent-looking marijuana.

But then I felt a scary shudder go through my body and brain. I barely made it from the desk to the bed, where I lay curled up in a hallucinatory state for the next eight hours. I was thirsty but couldn’t move to get water. Or even turn off the lights. I was panting and paranoid, sure that when the room-service waiter knocked and I didn’t answer, he’d call the police and have me arrested for being unable to handle my candy.

Maureen expressed her final feeling in her statement which said,

I strained to remember where I was or even what I was wearing, touching my green corduroy jeans and staring at the exposed-brick wall. As my paranoia deepened, I became convinced that I had died and no one was telling me.

Moreover, Maureen expressed that it took all night for the intoxication to wear off and while consulting a medical consultant the next day she found out that the candy bars are supposed to cut into 16 pieces before consumption, and she shared,

It took all night before it began to wear off, distressingly slowly. The next day, a medical consultant at an edibles plant where I was conducting an interview mentioned that candy bars like that are supposed to be cut into 16 pieces for novices; but that recommendation hadn’t been on the label.

Not being a regular marijuana consumer made Maureen more vulnerable.

I reckoned that the fact that I was not a regular marijuana smoker made me more vulnerable, and that I should have known better. But it turns out, five months in, that some kinks need to be ironed out with the intoxicating open bar at the Mile High Club.

Being an inexperienced Marijuana consumer, Maureen felt anxious and paranoid, and as the packing does not contain dosing directions, she became a victim. And the incident of Maureen reflects people being at risk, due to consumption of marijuana in high dose, remaining ignorant about its doses and effect afterward.

Also read British Journalist Charlene White is first black women to present on ITV’s News! How many children does she have?

Maureen Dowd is an American journalist. She currently works as a columnist for The New York Times. She is also a best-selling author. More bio…

Looks Like Harry Styles and Tess Ward are becoming a Thing-‘Are Really Into Each Other’! See What Tess have to say about it!!
Tags : American Journalist Author The New York Times 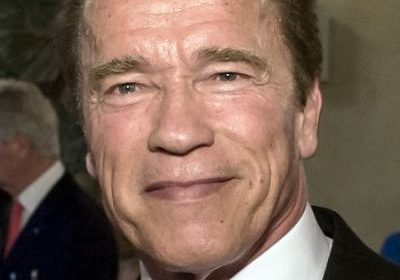 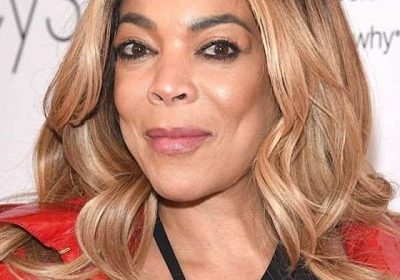