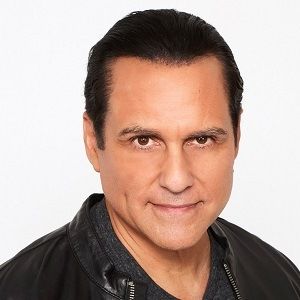 "I was told directors wouldn't hire me. They'd think I'd go crazy on the set. What's more important - directors or producers who might not cast me because they're ignorant, or helping people? So that's what I've been doing." - speaking publicly about his bipolar disorder.

What is the relationship of Maurice Benard?

Maurice Benard is married to a beautiful Paula Smith who is a producer and executive. This actor was only 27 years old when he tied the knot with Paula on August 11, 1990.

The couple has four children namely,  Cailey Sofia (1994), Cassidy Rose (1999), Joshua James (2004) and Heather Ann (adopted 2008). Heather Ann is the daughter of Paula Smith’s sister. The couple both decided to adopt her when her mother passed away.

Who is Maurice Benard?

Maurice Benard is an American actor. He is also well known for the roles he played on General Hospital, a soap opera in which he portrayed the character of Sonny Corinthos, among other series and independent movies.

Maurice Benard was born in  San Francisco, California, the United States on March 1, 1963. He is currently 59 years old. He is the son of Humberto Morales (father) and Martha Morales (mother). His father has been identified as Humberto Morales, a man who used to make a living as a bakery superintendent while his mother worked as a bank employee.

There is no information about his siblings. Maurice holds American citizenship and mixed (Salvadorean- Nicaraguan) ethnicity. His birth sign is Pisces.

Talking about Maurice’s education history, he has not disclosed information, however, it is under review.

Maurice started out by becoming a model when he was in his early twenties. He also proved to be quite good at the job which was because he was good looking and had the right physique. Besides, modeling for some time, he even decided to give acting a shot and started featuring in many stage plays and theatrical productions in the San Francisco Bay Area.

The actor kick-started his TV acting in 1987 when he joined the cast of All My Children, a very popular TV soap opera that aired on ABC. He also acted in All My Children for about two years from 1987 to 1990. Benard’s biggest break on TV came in 1993 when he joined the cast of General Hospital, a daytime TV medical drama. He also played the recurrent role of Sonny Corinthos in the TV series. General Hospital was very popular and launched him into a new level of fame. The actor’s talent was indisputable and mesmerizing. In fact, many fans often described him as a “breathe of fresh air”.

How much does Maurice Benard earn?

There is no information regarding his income or salary. Whereas, his net worth is estimated to be around $2 million as of 2022.

Maurice hasn’t been linked to any known controversy, rumors, and legal issues. He is far from rumors and controversies.

What are the body measurements of Maurice Benard?