Mauricio Ochmann is an actor. He is best known for his roles in Amarte Asi and Message in a Bottle. He is possibly single.

Mauricio Ochmann has been married twice.

His first wife was Maria Jose del Valle Prieto. They got married in 2008. The couple together had a daughter named Lorenza Ochmann.

There is no further information regarding their marriage. They got separated but the date and reason for their divorce are unknown.

Later, he started dating Aislinn Derbez, a Mexican model, and actress. Aislinn is his A La Mala co-star. They got married on May 28, 2016.

Their marriage ceremony was held in Mexico. They together have a child named Kailani Ochmann Derbez. However, this couple is now divorced. 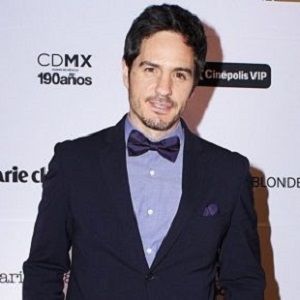 Since childhood, when I for the 1st time tried alcohol but not for the taste but instead to escape from reality.The narcotics came along much later.

Fortunately, God took me by the hand and has given me the opportunity to continue ahead.I felt as though I had arrived at the house of God, to a safe refuge.To me, it was like a re-birth.

Who is Mauricio Ochmann?

His performance in the Telemundo novela El Clon made him more popular in the industry.

Mauricio was born on November 16, 1977, in Washington, D.C, United States of America but he was raised in Celaya, Mexico. His nationality is Mexican-American and his ethnicity is Mexican.

His father is Guillermo and his mother is Maria.

He attended Joanne Baron Acting Studio in Los Angeles, California at the age of sixteen.

Mauricio Ochmann began his acting career at the age of 16. His first role as an actor was in a comedic television show. In 1998, he began his professional acting career as a lead actor in the Mexican TV film Azul Tequila in which he played Santiago Berriozabal. Following year, he appeared as Maximiliano in another Mexican TV movie Háblame de Amor.

He made his big-screen debut in 1999 in the American movie Message in a Bottle playing the role of a Mail Boy. In 2002, he appeared as Desflorador in the movie Ladies’ Night. He achieved fame after playing the role of Fabián Duque in the 2007 TV film, Dame Chocolate.

His performance was highly appreciated and that helped him to get more roles in movies. In 2009, played a lead role in the television film Victorians in which he played Victorino Mora. Since then, he had already become a popular star. He has appeared in several big screen and TV films till now.

He has acted in American, Mexican, and Spanish movies as well. His recent big-screen movie is Entrenando a mi papa (2015).

He appeared in a lead role as Jose Maria in the 2016 TV film El Chema. Ochmann performed on several stage shows in Mexico including El Graduado.

He has a net worth of $245 million but his salary is yet to be disclosed.

Talking about the rumors and controversy, there was a rumor that he will be marrying his long-term girlfriend soon. Unlike other celebrities, he has never been linked with any type of controversy till now. Ochmann is famous for his acting skills as well as his clean image.

Moving towards his body measurements, Mauricio Ochmann has a good height of 5 feet 9 inches (1.75m). He has a black hair color and his eyes are Hazel.

There is no information about his body weight, shoe size, and dress size.