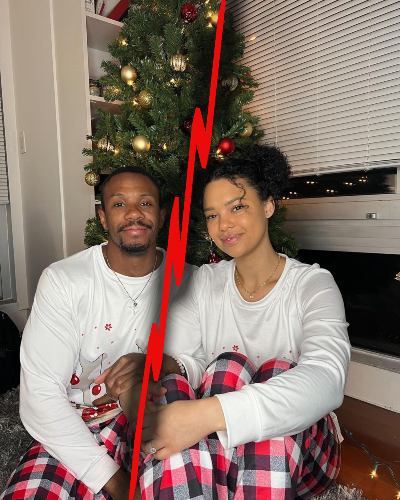 Maurissa Gunn, 25, and Riley Christian, 32, became the first black couple to get engaged on the Bachelor in Paradise franchise.

However, they called off their engagement within three months. The couple released a joint statement on Monday, January 24 to People,

“We have decided to go our separate ways. Never did we imagine this, but we’ve come to a point where we both need to work on ourselves,”

“We’ve appreciated everyone’s love and support so far throughout our journey and we just ask that you please respect our privacy as we navigate through this.”

Also read “What does Maurissa Gunn have to say about the backlash she faced after date with Riley Christian?”

The day before, Christian shared a shirtless black-and-white picture and captioned,

“All we can do is put the work in. Work on our craft, our health, and being better people. The end result is not always under your control. And even if you go down, you’ll never be a failure because you’ve done all you could. There’s honor in that. So work hard, stay humble, but still let ‘em know that you got it.”

Although the two announced their split, Christian hasn’t removed any of his photos with Gunn from his respective IG handles.

The two met on the seventh season of ABC’s dating show, Bachelor in Paradise as contestants. On the season finale episode of the show, Christian gets down on one knee and pops the question with a 43 round-cut pear-shaped diamond ring.

What happened to Maurissa Gunn and Riley Christian?

After the show, the beautiful couple kept their relationship bond strong. They often posted pictures together on their respective social media handles including a photo in matching pajamas in front of their Christmas tree in December.

The two traveled to Riley’s hometown of Detroit together and spent their first Thanksgiving together with Maurissa’s family in Montana. However, rumors of a breakup spread after the holidays when Maurissa removed all post-paradise photos of her fiancé from Instagram.

Gunn later posted a video of herself without her engagement ring. She also posts a photo with the caption “not all that glitters is gold.”

Maurissa is an American reality tv star. She made her television debut as a contestant on the 24th season of The Bachelor. However, she was eliminated within one week.

She then returned on the 7th season of Bachelor in Paradise where she met Riley Christian. At the end of the show, they got engaged. Within three months of their engagement, the couple announced their breakup on January 24, 2022.  Soon after the breakup, Maurissa went on a girl’s trip to the Caribbean. More bio…